Why were tourists allowed on Whakaari?

The official death toll remains at six, and eight people are still missing, presumed to have died in yesterday’s volcanic eruption at Whakaari/White Island.

The people on the island were tourists and tour guides, including visitors from Australia, the UK, China and Malaysia, along with New Zealanders. Several of the tourists were passengers from the cruise ship Ovation of the Seas.

GeoNet, which operates a geological hazard monitoring system, says there is a 50% chance of a smaller or similar eruption taking place within the next 24 hours. The volcanic alert level remains at three, one rung higher than it was when the eruption took place.

But the question being asked now is why tourists were allowed on such a dangerous island. This will probably feature prominently in investigations - both by police and WorkSafe.

White Island is privately owned, and only permitted operators are allowed to take tourists on guided tours. White Island Tours is one of the main operators in Whakatane, a township on the east coast of the North Island, and they had people on the island yesterday.

This operator has stringent safety checks and was even named New Zealand’s safest place to work in a workplace safety award last year.

But earlier this month, GeoNet had raised the alert level to two (out of five), due to “moderate and heightened volcanic unrest”. Should that have caused enough concern to discontinue tours to the island?

Hindsight is always 20/20, but any visit to an active volcano, or volcanic field bears a certain amount of risk, and usually it is managed by governmental bodies generally, and the tourism industry in particular.

The management, or lack thereof, varies by country and jurisdiction. Commonly, organisations such as GeoNet provide real time updates on volcanic activities and issue warnings of potential hazards. In the case of White Island, it falls ultimately to the operators to decide whether or not to send tours to the island on any given day.

Leading geo-tourism researcher Patricia Erfurt-Cooper notes there is a “distinct lack of safety guidelines for volcano tours at most sites, which is compounded by language problems”.

Management strategies include multi-lingual signage, such as in Japan, and the closure of active sites, such as in Hawaii.

Often, volcanic geologists are able to read early signs of activity, and predict eruptions hours, if not days in advance. But this is not always the case, as we saw yesterday and in the 2007 eruption of Mount Ruapehu. 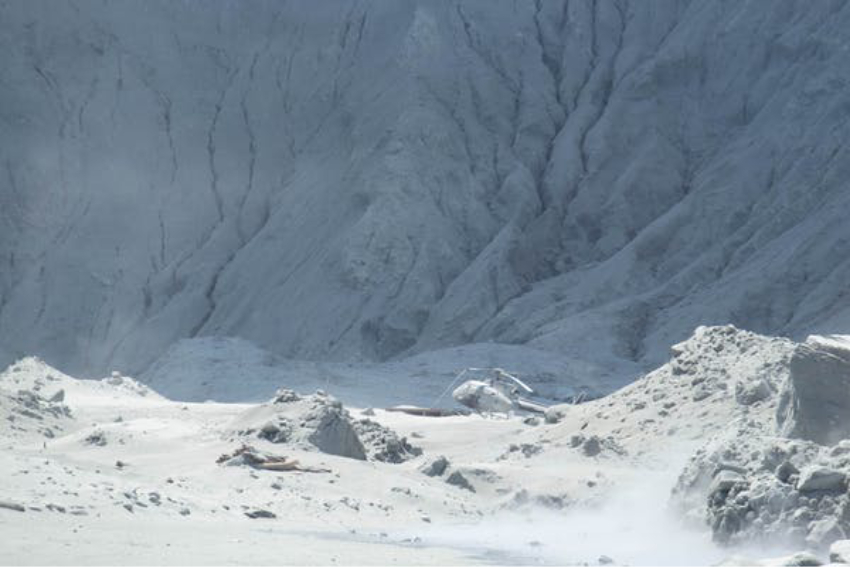 History of accidents in adventure tourism

Volcano tourism is a subset of adventure tourism, and New Zealand has had its fair share of incidents in this sector. Many will remember the collapse of a viewing platform at Cave Creek in 1995, where 14 people died. After the collapse, the Department of Conservation (DOC) inspected more than 500 structures, resulting in the closure of 65.

A commission of inquiry found a number of shortcomings in the building of the platform and DOC took responsibility for the accident. Since then, New Zealand law has changed so government departments can be held responsible and liable for negligence in offences under the Building Act.

Worldwide, there have been several deadly volcanic eruptions, including Japan’s Mount Ontake in 2014. This steam-driven eruption occurred without clear warning and killed 63 people hiking the mountain, in what became the country’s most deadly eruption in nearly 90 years.

In 2013, the eruption of Mayon volcano in the Philippines killed five climbers. Last year, one tourist died in an eruption of Italy’s Stromboli volcano, which has become a resort island.

New Zealand promotes itself as the adventure capital of the world, and it is a fine balance for an operator to provide the (often advertised) excitement the thrill-seeking tourists are looking for, and the safety of everybody involved.

Research shows the majority of thrill-seekers are looking for risk, but in a controlled way. The adrenaline rush is paramount, but they don’t seriously want to be at risk of injury or loss of life.

The tragic events of White Island reiterate that we must be vigilant, and have excellent risk management strategies in place. Perhaps it is time for the tourism industry, government and volcanic experts to review current rules. We can minimise the risk, but we can never totally rule it out.

This opinion piece was first published by The Conversation on December 10, 2019.