Why hairstyle is a human right

One of the pinnacles of 1980s New Zealand high school nerdery was the TV show It’s Academic, where teams of earnest teenagers from throughout the country competed for the national title, and prizes such as digital calculators and multi-coloured pens.

I was a member of the 1988 Roskill Grammar School team, and almost didn’t make it onscreen – because of my hair. As one of a handful of punks at school, I decided to represent our tribe with a headful of 4in-high spikes with blue racing stripes on the sides. I thought I looked great – the principal did not share my enthusiasm, despite me pointing out that it matched the school jersey. I won, probably due to the fact we were due in the studio and there was no time for a change, but he was not happy. 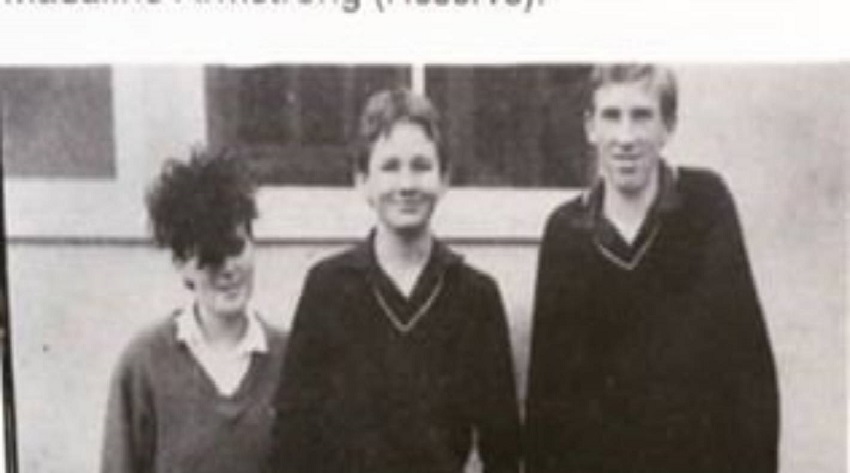 Khylee Quince's principal at Roskill Grammar in 1988 didn't share her enthusiasm for her hairdo, far left.

The role of hair in class, culture and gender identity is as old as the human race. For youth, the ability to cut, colour, or style hair to impress your mates and shock your parents, is almost a rite of passage. We judge people on their hair – references to the “Karen”, mullet, man-bun or dreadlocks conjure up stereotypes – the way they look, dress, talk and the type of job they likely have or do not have, even their perceived criminality. 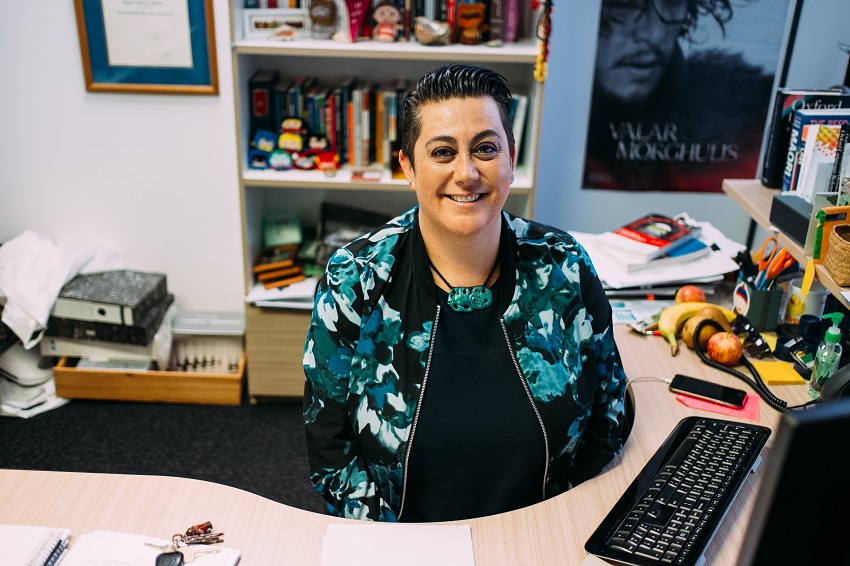 We all remember the first foray into hair colour – for me another 1980s classic, the peroxide fringe when I was 12, as inspired by the breakdancer in the legendary Poi E video. My dad laughed and called me a “waka blonde”.

For Māori, as in other Polynesian cultures, the length and style of hair could indicate rank and status, with varying styles of twists or knots held in place by decorative combs, oils and pigments. Some of these styles have made a comeback in recent decades, as part of reclaiming a Māori aesthetic, and the renaissance in kapa haka and toi Māori. In modern times, Māori and Pasifika kids sport an endless variety of cuts, fades, shaves and rat’s tails. 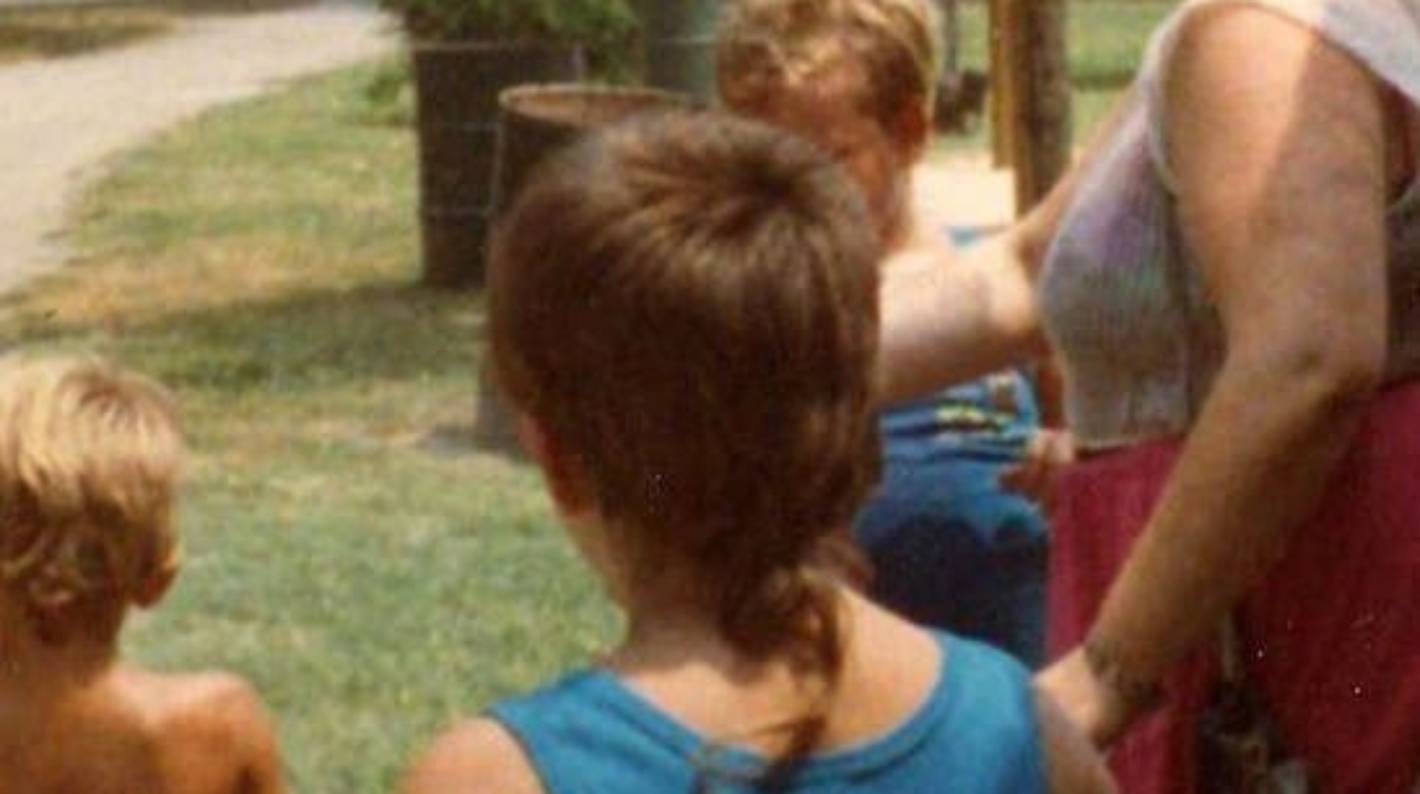 The rat’s tail maintains its popularity, particularly among Polynesian youngsters.

Whilst the popularity of the rat’s tail amongst the non-brown kids of our country has waxed and waned, it is a firm favourite in the Polynesian hair playbook. I also love seeing Cook Islands and Niuean boys with long hair, maintaining a link to their Pacific homelands and ancestors.

In the United States, hair remains a big deal for African Americans, as a symbol of black pride and resistance to eurocentric beauty standards. Historically, the control of black hair was part and parcel of the control of black bodies. Women were required to cover their hair by law in some states to signify slave status, and emancipation brought with it the development of a whole culture around hair – weaves, straightening products and elaborate styles of coils and braids.

Natural black hair became politicised, with the wearing of the afro in the 1960s – adopted here by activists in Ngā Tamatoa and the Polynesian Panthers.

Diana Ross’ hair has always been a feature of her singing performances.

he forcible cutting of hair has been a strategy of control in the processes of colonisation, racism, and of discipline in schools and the military. The cutting of the long hair of First Nations children was widely experienced in the Residential School system in Canada.

Last month in New Zealand a police officer was discharged without conviction for chopping off the rat’s tail of a young person he encountered at a traffic stop. The media reports did not specify the ethnic identity of the victim, but referenced the forcible cutting as ‘’culturally disrespectful”, in a thinly veiled reference to his probable Māori or Pasifika identity.

As a mum of three teenagers, and as a staunch defender of human rights, I was appalled at this behaviour, and wondered if the cop would have done this to a Pākehā kid, and if so what our reaction would be.

In Brisbane recently, a private school lost a legal challenge to its threat to expel 5-year-old Cook Islander Cyrus Taniela unless he cut his hair, which was being grown for a traditional hair cutting ceremony.

Cyrus Taniela, 5, with his big sister Jaylia-Anna, was growing his hair for a traditional hair-cutting ceremony.

In New Zealand, “school hair cases” have also gone to court, to push back against rules requiring boys to have short hair, an expectation that is oddly out of line with the movement to non-gendered uniforms and bathrooms on campus.

To those who claim that “you chose to abide by the rules when you chose the school”, I say that rules, like laws, must be subject to review and change, and further that restrictions on school zoning and maintaining cultural traditions often makes “choice” illusory.

Freedom to wear your hair as you wish is an important human right. As a teacher of more than two decades, I can also say that I have never seen student learning affected by a hair style or colour.

Let the kids wear their hair as they like. It could be worse – a mis-spelled tattoo.

Postscript to my It’s Academic appearance: we won our heat and semifinal, losing the Auckland final due to my impatience in blurting out an incorrect answer before listening to the whole question. My blue racing stripes did not affect the outcome.