Unpaid work should be counted 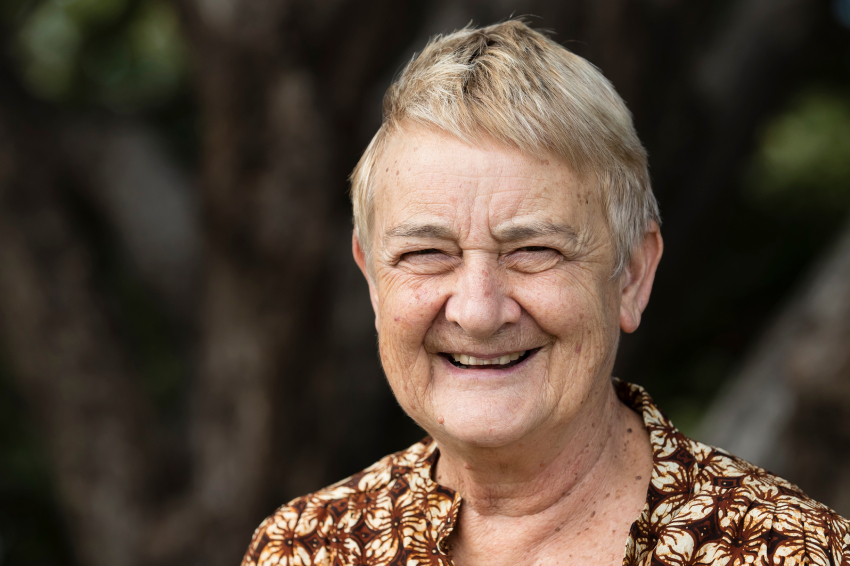 Walking along the beach or the banks of rivers or streams and picking up rubbish; Tikanga roles welcoming guests to a Marae, participating in the Whaikorero or in the kitchen for tangihanga, teaching kapa haka to the next generation; growing, storing, preserving and processing homegrown fruit and vegetables or collecting wild puha, blackberries or mushrooms for home consumption; coaching sport; cleaning the car, mowing the lawns and home or garden maintenance; cleaning, cooking, shopping and driving for members of the household; birth and lactation; caring for children, the elderly, the infirm, family or neighbours - these are among the activities included in the generic term unpaid work, activities which the authors of the GDP rules say are of little or no value.

Yet this is the single largest sector of the New Zealand economy.

Since 1953 these contributions to wellbeing have been excluded from the primary data used to make public policy. Why? Because it was ‘convenient’. There’s a very simple equation operating here: if we are invisible as a contributor to a nation’s economy, we will be invisible in the distribution of resources and benefits. We are conceived of as unproductive and unoccupied, and apparently at leisure.

Of course, many New Zealanders work unpaid in a family business: on the farm, in the corner store, answering the telephone and taking messages. Even if we do this for only an hour a week, this work is counted as ‘employment’. But if we take work messages for a household member not employed in a family business - we fill out their tax forms, pay bills or do some transcription for a bureaucrat, a construction worker, a teacher, a community volunteer -it is unpaid work, not employment.

There have been arguments for many years about how to value unpaid work. If you want to play the economic game,  then household unpaid work, for example, should be valued as the sum of all inputs; the values of labour, intermediate consumption, and capital cost. However, in practice, estimates of unpaid work are compiled using only the labour input component. The three most frequently used methods are to estimate the individual replacement cost - each activity has the market rate for that particular skill, so a cook becomes a nutritionist, dietician, kitchenhand, and a chef; the housekeeper replacement cost – the cost of employing one person to carry out the tasks; or the opportunity cost – what would this person be earning in the paid workforce taking into account their qualifications and experience?

There is plenty wrong with each approach:

Every estimate is therefore significantly understated. Obviously they will give different results, and generally economists will choose the least valuable market estimate. For 2006 the Australian Bureau of Statistics estimated the figure for the individual replacement cost approach was 43.5 percent of GDP. The housekeeper replacement cost gave a result of 41.6 percent and the opportunity cost method recorded an equivalent of 57.1 percent of GDP.

Because of the serious underestimate of this approach, when Duncan Ironmonger estimated the value of unpaid work in Australia in 1993, he used the annual average salary for all Australians, along with assets used in the household and the value of owner occupied housing, a more direct comparison to input-output used to measure market activity. The results showed unpaid work was equal to the value of ten times all manufacturing, and three times the value of all mineral and mining production.

Using ABS data, in March 2017 Price Waterhouse Cooper concluded that women undertook seventy-two percent of all unpaid work in Australia. The bulk of the unpaid work was childcare. The rest of unpaid work combined was the second largest sector in the Australian economy. Unpaid childcare was worth three times the value of the financial and insurance services industry, the largest industry in the formal economy.

In 2016 the British Office for National Statistics estimated the total value of unpaid household work was worth more than the retail and manufacturing sectors combined. The value had increased by more than 80 percent since 2005. Transport, which included driving to work, was the largest activity and the only one where men put in more unpaid hours than women. Women did twice as much cooking, childcare and laundry. The data showed that 2.2 million fully dependent adults were being cared for in the unpaid sector.

None of this time use focus has persuasively accounted for pregnancy, birth and lactation. There are no market equivalents for breast milk; no formula replacement is as healthy for an infant. A child breastfed for six months is the best possible investment for future health, brain development and attachment of a child. This is a trade-off neither governments nor markets seem to understand in their rush to get mothers into the paid workforce. Julie Smith’s research on the Australian Time Use Survey of New Mothers found that having an infant added forty-four hours a week to a woman’s unpaid workload, and exclusive breastfeeding took seventeen to twenty hours of the mother’s time. Her estimates of the annual value of this food production were $(A) 2.1 billion per year.

Decades of monetary estimates have delivered messages of the size of the unpaid economy.

I use these estimates as a strategic tool, just to get some attention, but not for any other reason. When I was an MP I thought dollar valuation was the best approach. Now I know it is not.

Time use is a transformative indicator for intergenerational planning. Politicians and policy makers should expect to exercise judgement across a range of indicators, according to the question, rather than be suffocated by economic abstractions for the sake of a singular baseline dollar value.

New Zealand First were the party responsible for the first New Zealand time use survey, as part of their 1996 Coalition agreement with the National party. The 1998 national Time Use Survey was the most sophisticated undertaken anywhere to that date. The target population for the survey was ‘the civilian non-institutionalised usually resident population of New Zealand aged twelve years and over’. About 8,500 people aged twelve and over living in private households were included in this survey, with two people per household interviewed. Each respondent was asked to complete a forty-eight-hour time diary with five-minute pre-printed intervals, on days designated by survey rules. Respondents recorded all the activities that they were doing, as well as where they were, and, if applicable, how they were travelling. Interviewers went over the respondent’s diaries with them to confirm who the activities were done for, and the age and health status of that person, or the type of organisation involved. This meant simultaneous activities were recorded. It meant that data was not subject to the vicissitudes of ‘recall’ (for example in the Labour Force survey or the General Social Survey) where men typically over estimate what they did and women underestimate their activities. The approach means that all New Zealanders, not just those who are computer literate in English, are participants. We should not settle for anything less to measure the country’s single largest sector.

A time use data set is imperative because:

Finally, there is a major important trap in thinking about unpaid work that needs to be avoided. Do NOT use the term ‘care work’ much loved by northern hemisphere feminist economists. As my introductory paragraph demonstrates, there is a great deal of unpaid work beyond that parameter. ALL unpaid work is worthy of visibility.

This opinion piece was first published by the Ministry for Women.