Menu
Home AUT News Opinion Should tourism get its hopes up?

Should tourism get its hopes up? 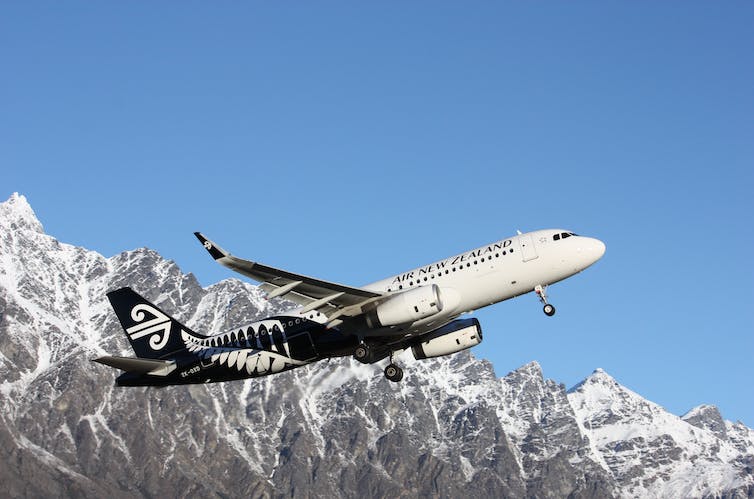 This article is republished from The Conversation under a Creative Commons license, and written by AUT Professor of Tourism Michael Lueck. Read the original article.

By this time next week flights between New Zealand and Australia will have been taking off and landing for roughly 48 hours. The quarantine-free trans-Tasman travel bubble, beginning April 19, will finally be more than a promise.

For many people, especially those separated for so long from family, the open borders will mean more than the chance to take their first overseas holiday after the past year’s lockdowns and travel restrictions.

With more than half-a-million New Zealanders living in Australia, it is perhaps not surprising early flights were heavily booked, with Air New Zealand quickly selling out its Sydney, Brisbane and Melbourne routes for the rest of April.

Far fewer Australians live across “the ditch”, but Australia has long been Aotearoa New Zealand’s largest inbound tourism market, accounting for approximately 1.5 million arrivals (about 40% of all international arrivals) before COVID-19 mothballed passports.

Australian visitors spend around NZ$2.7 billion per annum in Aotearoa and (staying 11 days on average). In the other direction, New Zealanders accounted for 1.3 million arrivals to Australia in 2019, contributing AU$2.6 billion to the Australian economy.

A bubble in time

The question now is, how much and how quickly will the open borders translate into any kind of tourism revival on either side of the Tasman? Clearly a single market cannot compensate for the lack of inbound travel from the rest of the world. But for tourism operators, something is obviously better than nothing.

Whether it will be enough for those most desperate is another matter. In a recent Tourism New Zealand survey, more than 900 tourism operators (half the sample) said they will have to close this year if conditions don’t improve.

Of those, 13% reported they could only last three months, with the same number able to stay in business for three to six months. The bubble probably cannot save them all.

Australia’s tourism industry had already been hit by last summer’s bushfires when COVID-19 arrived. But healthy domestic tourism and a $A1.2 billion government support package have provided a lifeline for many operators over the past year.

The timing may complicate things. The bubble coincides with New Zealand school holidays, but winter is also the low season when New Zealand tourism operators largely live off the profits from summer.

The exception is the ski industry, especially in the adventure tourism capital of Queenstown, which has weathered one winter without overseas visitors and is hoping for some relief.

For Air New Zealand this also allows some expansion after a year of radical contraction. Some more aircraft in the airline’s wide-body fleet will be flying, and the company is bringing back furloughed crew grounded by the pandemic.

Both Qantas and Air New Zealand have said they expect to be quickly back at 85% of their pre-pandemic trans-Tasman capacity. In turn, this could boost rental car, campervan and motorhome businesses, given Australians are keen self-drive tourists in New Zealand. Any uptick here will flow on to smaller communities outside the main tourist centres.

Looking the other way, Australia has the advantage of its tropical and semi-tropical destinations, which Kiwis will find attractive as they enter their second COVID winter.

This will no doubt have been part of Qantas’s strategy in launching two new routes connecting Auckland with the Gold Coast’s Coolangatta airport (daily) and Cairns (initially for nine weeks).

But there is also a hope Kiwis will be tempted further south in Australia, with Air New Zealand recently announcing twice weekly non-stop flights between Auckland and Hobart (beginning on April 22).

This could work both ways. Dr Anne Hardy, Associate Professor of Tourism and Society at the University of Tasmania, tells me New Zealand is also a popular holiday destination for Tasmanians, and she expects a good uptake of flights from the Hobart end as well.

Furthermore, in the medium to long term, these flights will also offer hassle-free one-stop connections to the US, bypassing crowded stopovers in Melbourne and Sydney and removing one more potential exposure zone while any risk of COVID-19 remains.

A case for cautious optimism

This ongoing threat from unexpected community outbreaks in either country is the obvious caveat here. Even accounting for the roll out of vaccination programmes in Aotearoa and Australia, the mere thought of renewed quarantine requirements, reduced or cancelled flights and booked-out MIQ facilities will be enough to postpone many plans.

New Zealand has implemented a “traffic light system” to manage bubble flights. If the code went to orange or red, New Zealanders could be stranded for a time in Australia, with all the attendant expense of accommodation and re-booked flights.

Because the bubble has relieved some pressure on New Zealand’s managed isolation and quarantine (MIQ) system, 500 beds have been allocated for such a contingency. For tourists, however, the big consideration will be travel insurance, which will not cover such COVID-related costs.

Overall, however, the bubble should have a positive impact on both sides of the Tasman. The optimistic outlook of Qantas (and its low-cost subsidiary Jetstar) and Air New Zealand seems realistic.

We can hope Kiwi ski breaks and Aussie tropical holidays will tide many businesses over to the busier summer season, by which time the bubble may have grown to include even more countries.