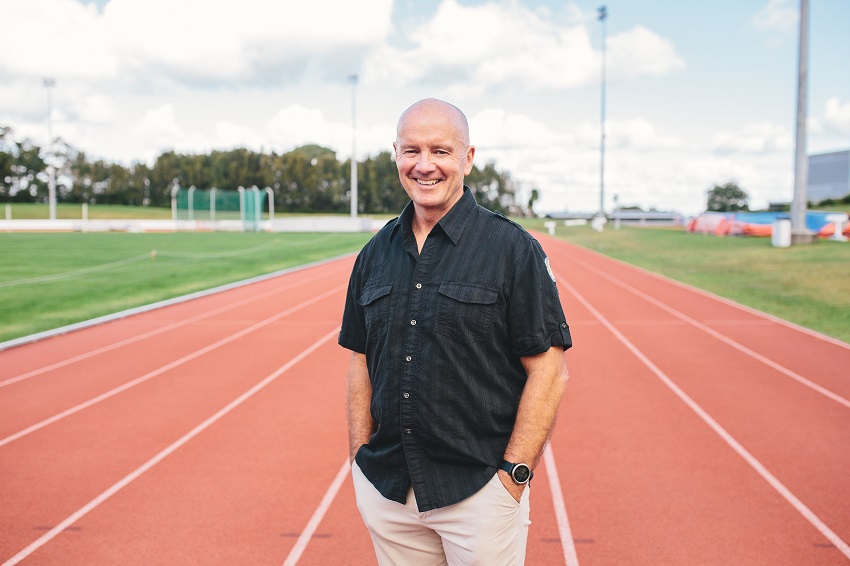 This article is republished from The Conversation under a Creative Commons license, written by John Cronin, Professor, Strength and Conditioning, Auckland University of Technology Read the original article.

It’s the time of year to make resolutions to improve fitness and strength, but this may not require a gym membership or even hard work.

Strength training can be effective with small weights, provided by household items like a small can of spaghetti or wearable resistance loads incorporated into clothing.

You might remember from your school physics classes that strength and force are fairly synonymous. The formula for force was given to us by Sir Isaac Newton: force = mass x acceleration.

When you think of getting stronger or improving the force of certain muscles, you may have visions of lifting relatively heavy weights. But because of the large mass, you can’t move a heavy load quickly. As a result your movement velocities and accelerations are small.

But the Newtonian formula shows there is another possibility for improving strength. This type of training highlights the velocity and acceleration of movement, which means the masses have to be small or light – like the wearable resistance 600g weights the sprinter in this video is using on his thighs.

Depending on whether he is doing a tempo run or a sprint, the angular velocity at his hip can be between 400 to 1000 degrees per second, in other words very fast.

From a physics perspective, there are two ways to develop strength. You either move heavy loads slowly or light loads quickly.

That small mass is being accelerated and decelerated at high rates, which in turn loads the muscles substantially.

Let’s add one more layer of physics to show how micro-loading with wearable resistance trains strength. Have you heard of inertia? It describes the resistance to a change in motion. Resistance is a function of mass.

It’s this rotational inertia you are really interested in when it comes to assessing the muscle training with limb-loaded wearable resistance. It is important to understand so you can use it safely and effectively.

Let’s take the thigh as an example. The thigh requires rotational force (torque) to move it. The larger the thigh mass, the more muscular effort (torque) is required by the hip flexors and extensors.

By simply adding more wearable resistance to the thigh you can increase the rotational inertia, which means more muscular effort or turning force (torque) is required at the hip joint.

But let’s not forget the second part of the formula (r²), which describes where we put the mass. This has a bigger influence on rotational inertia (muscular effort) because the distance between the joint and the added weight (radius) is squared.

By shifting the load further down the leg, you can increase the rotational inertia, for example from 4.7% to 12.1% for a 400g load.

This is called distal loading and it is one of the most important parameters to understand with wearable resistance. For every centimetre you move from the axis of rotation, the distance is squared and hence has a substantial effect on rotational inertia and therefore the muscular work required.

Wearable resistance micro-loading provides an alternative to traditional strength training with heavy loads. It also has the added bonus of happening as part of what you are doing anyway, such as walking or swimming. For the time-poor, this is good news as the gym can take on less importance.

By slipping a weight further away from the rotating joint, you can systematically and progressively increase the training effect on your muscles without adding weight.

As a result of the greater mechanical load, your metabolic activity and calorie burning increase. There are many possible applications of wearable resistance training beyond strength and fitness building, including for general health, injury prevention and recovery.