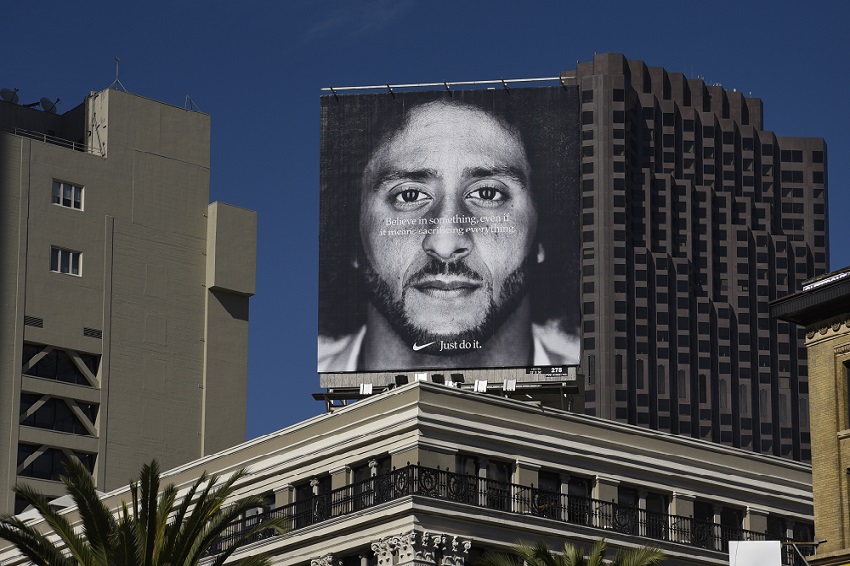 From Nike to Ben & Jerry’s to Airbnb, more and more brands are taking a stand on sociopolitical issues (often called brand activism), to the point it’s arguably become a component of any brand’s strategy.

But as consumers grow more accustomed to such initiatives, they’ve also become increasingly critical. While its clear many consumers want brands to take a stand, it’s not always clear what that stand should be.

So weighing in on a divisive issue becomes a calculated risk. Customers may stop buying a brand if it supports the “wrong” side of an issue, or supports it in the wrong way.

If and when this happens, the door opens for rival brands to pick up those disgruntled customers purely by remaining neutral on an issue, gaining an edge simply by observing and reacting to what the first brand has done. This raises an important question: is there a second mover advantage when it comes to brand activism?

Take Gillette’s now infamous 2019 “The Best Men Can Be” campaign, for example. The short film features images of violence between boys, sexism in movies and at work, as well as news clips of the #MeToo movement. A voice asks, “Is this the best a man can get?”.

The campaign went viral with more than four million YouTube views in 48 hours, generating both high praise and intense criticism.

The day after the Gillette ad was released, rival Dollar Shave Club tweeted a short and simple message: “Welcome to the Club”. Comments on the tweet suggest it resonated with a group of consumers seemingly offended by the Gillette ad.

Our research examines what we call “bystander brands” that appeal to disaffected consumers of rival brands, who are offended by an activist stance and now “free agents” with no fixed brand allegiances.

As second movers, these bystander brands can, at least in the short term, benefit from consumer scepticism (or cynicism) fuelled by a perceived overload of brand activism – some of it inauthentic, opportunistic, imitative or just “woke washing” – which devalues such activism overall.

Our findings suggest that deliberate bystander brand strategies – waiting for a competitor to take a stand then appealing to alienated or offended customers – can appeal to certain consumers.

So far, research in this area has tended to focus on how sociopolitical brand activism works, how it can be most effective, and how companies can avoid reputational damage in the process.

But little has been said about brands that might be drawn into activist conversations simply through their competitors taking a stand. Rivals or bystander brands could remain silent on an issue, take a neutral stance, or announce an opposing position.

Appealing to a competitor’s customers is typically very challenging, given the strong psychological “contracts” that build brand loyalty. The fallout from brand activism represents a rare situation where market share is up for grabs.

For example, following Nike’s endorsement of Colin Kaepernick with its 2018 “Dream Crazy” campaign, many enraged customers looked for alternative athletic brands. What are the likes of Adidas and Under Armour to do in this position? Surprisingly, the research has yet to address this potential market share in limbo.

We find the desire to reject sociopolitical brand activism particularly true for customers who identify as “conservative”. While boycotting brands is a bipartisan affair, the way consumers engage in boycotts differs.

Past research finds conservatives can be quicker to seek punishment and want corrective action as a result of their moral outrage. Brand rivals are sometimes even viewed with hostility as the “enemy”. Switching from an offending brand to a rival satisfies a desire for retaliation, a pattern we observed across three studies.

Furthermore, our work finds that intentionally mentioning such rivalries in brand advertising is more effective at attracting “free agent” conservatives, relative to their more liberal counterparts, who were less concerned with brand rivalry or persuaded by advertising based on it.

Strategically, then, remaining “activism adjacent” as a bystander brand represents a critical opportunity. As other brands risk losing customers with sociopolitical platitudes or inauthentic campaigns, rivals can maintain relevance in an increasingly nuanced marketing landscape. It can be as simple as a cheeky tweet.