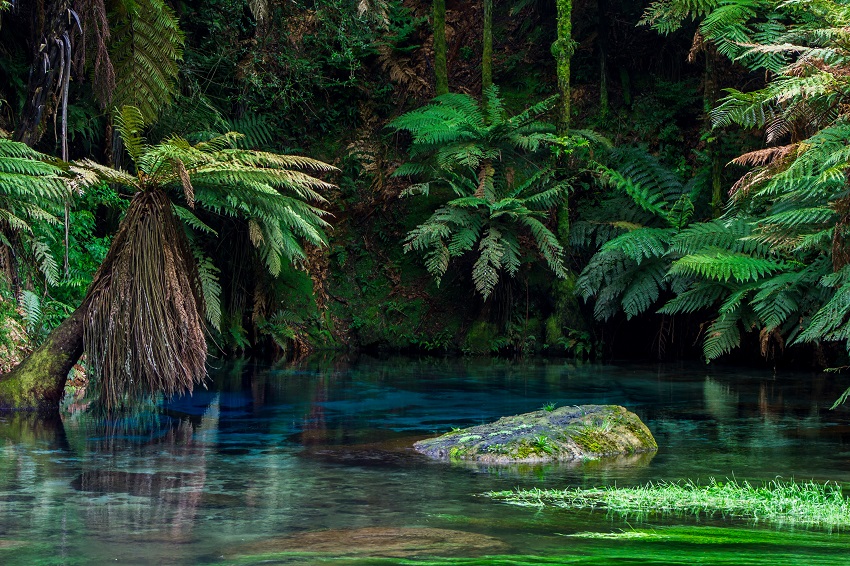 This article is republished from The Conversation under a Creative Commons license and written by Auckland University of Technology Professor Sebastian Leuzinger. Read the original article.

The loss of biodiversity is one of the most catastrophic developments of our time. The impacts will possibly outpace those of global warming.

Growing evidence that humans have triggered a sixth global mass extinction means the protection of remaining species is a priority beyond dispute to secure ecological services such carbon cycling, clean water and air, and healthy oceans.

The key drivers of species loss are climate change, habitat degradation, pollution, and exotic species that become invasive. This has led conservation ecologists to follow the simple rule of “protect natives, fight exotics”.

If we had an unlimited budget, I would hardly challenge this view. But in a world where natural ecosystems face many other global changes apart from species loss, I argue we should reconsider the ecological role exotic species play.

One could argue ecosystems are inherently so complex that we can never appreciate the exact contribution of an individual species, and therefore native species need to be protected at all cost.

But this argument can be turned around. In many cases, exotic species are not detrimental to the resident species communities. It is not until an exotic species becomes invasive that substantial harm happens.

The deliberate spread of species has been an integral part of human evolution for thousands of years. Many economically important plant species are exotics in most places, but they make it possible to feed our growing population.

In a physically highly connected world, unintentional relocation of both terrestrial and marine species has now also become unavoidable.

In some cases, introduced species can even complement native ecosystems. New world succulents are now very much part of the Mediterranean landscape, without harming the local flora.

Sometimes, introduced species perform ecological functions similar to those that are (or were) performed by natives. For instance, European gorse stabilises coastal slopes in New Zealand, providing a nursery for local plants.

In one particularly spectacular case, extinct tortoises were intentionally replaced with an exotic species through “assisted colonisation”. It seems to have worked.

However, earlier and much less scientifically informed attempts of assisted colonisation, such as the deliberate introduction of cane toads in Australia’s tropical north-east, went terribly wrong.

The bias of human perception

There are many ecosystem services humanity depends on: clean water, carbon cycling, removal of pollutants and excessive nutrient loads, mitigation of global warming through land-based and marine carbon sequestration, erosion prevention, just to name a few.

The preservation of native species is one way of ensuring those services for future generations. An approach focused on ecological function weighs the cost of protecting natives and combating exotics against the role of new species assemblages shaped by human interference.

At approximately equal cost, should the addition of a breeding pair of a rare bird be prioritised over the reforestation of several hectares of land? Such decisions are often difficult and must be based on the available science.

Clearly, there may be other reasons — cultural or aesthetic values for example — to protect native species, beyond the provisioning of ecosystem services. But people seem biased by what they are used to.

For example, Switzerland provides generous subsidies to farmers for maintaining picturesque alpine meadows, even though the native vegetation before human intervention was a much less biologically diverse alpine forest.

In Central Europe, the recently introduced Tree of Heaven (Ailanthus altissima) triggered substantial efforts to eradicate it, while the European chestnut (Castanea sativa), introduced by the Greeks and Romans some 2000 years ago, is highly valued and enjoys protection and even reforestation programmes.

The above examples illustrate why we may need a more sober approach centred on ecological function to effectively protect our remaining natural treasures and the ecosystem services they provide.

The milestones in the evolution of life did not depend on individual species or species assemblages, but on the emergence of new functional traits such as photosynthesis, predation or flight. Similarly, humankind ultimately relies on functioning ecosystems, regardless of which species provide them.