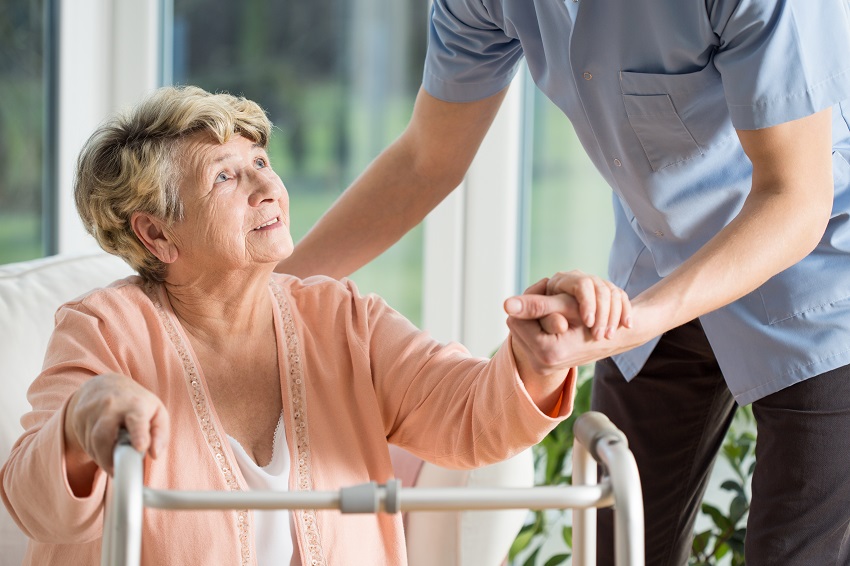 This article is republished from The Conversation under a Creative Commons license, and written by AUT Associate Professor in Employment Relations Katherine Ravenswood, Amber Nicholson Lecturer in Management and Fiona Hurd Head of Department, International Business, strategy & Entrepreneurship. Read the original article.

As Auckland enters it’s fifth week in level 4 lockdown and the rest of New Zealand stays at level 2, spare a thought for the nation’s invisible network of essential community support workers.

They are the people caring for those who, through age or disability, cannot work or leave their homes, cannot independently care for themselves, and who in many cases have underlying mental health and cognitive problems.

While other front-line essential workers are rightly recognised for their service, it’s important we also remember those less obvious workers who put their own health and well-being at risk to care for and support some of our most vulnerable citizens.

Often these community workers receive little support themselves. And while the stress on hospital staff, supermarket workers and even political leaders has been acknowledged, this other essential group has largely gone unnoticed.

As one community worker told us when reflecting on being overlooked as essential workers and the potential impact this could have on their own well-being:

At the start, the government kind of didn’t even really consider us as health workers, did they?

Struggle for pay and PPE

In our ongoing research, we have so far heard from over 75 community support workers nationwide about their well-being during the COVID-19 pandemic.

They are employed mostly by private companies (some not-for-profit) contracted to a variety of government agencies, including the Ministry of Health, ACC and district health boards.

Our preliminary findings show these workers struggled to gain recognition throughout the first national lockdown in 2020. Furthermore, they struggled to be paid and to receive even the most basic personal protective equipment (PPE) provided by their employers:

Our employers were so slack, not recognising that we needed [PPE]. But they were following Ministry of Health guidelines and so it was government […] it was the World Health Organization — it was everybody.

What was wrong with people to think that we could go out there and do our jobs without PPE? And then why do we have to have such a battle for it? Because it was actually hard enough doing the job without having all of that as well.

This very real struggle underscored a wider battle by community care workers to be appreciated for their work — or even to be “seen”. As one support worker noted:

In comparison with nurses, who are angels, caregivers are just ignored […] it’s like a little underworld where, all over your city, women, mostly in uniforms in little cars, are getting in and out of the cars and going into houses and doing things that nobody has any idea about.

Despite working with people in the most vulnerable situations, support workers spoke of being turned away or facing public backlash when trying to use essential worker queues at supermarkets.

And yet these support workers are undeniably essential. In many ways they are the “glue” in the health system, as another told us:

One thing I want to make sure that you understand is that we look after [everyone from] medically fragile children to palliative [cases]. We look after all of them — anybody that wants to remain in the community, then has a health issue, we look after them.

Even during the best of (non-pandemic) times, these workers operate in isolation. The majority hardly ever see a co-worker, and almost never see a manager in person. Communication is via impersonal emails, phone apps or call centres.

But during lockdowns, support workers are the only people isolated clients see — they step in as communicators and carers. In effect they become like family. They have to deal – alone – with the confusion and anxiety of their clients. Their own well-being and mental health often come second:

I felt unsupported in regards to dealing with these [client] behaviours at the time, because there were no people on the ground. They were all working from home, so they were all on a phone. So, in some cases, my biggest “PPE” would have been having someone there, and it wasn’t there. I had someone on a phone.

‘I would have just loved a phone call’

As with other healthcare workers, coping is a strategy built up over time by community support workers:

It’s like, right, suck it up and just, you know, dry those tears and put on that smile and be your bouncy self again […] I’ve had to learn.

But unlike other healthcare workers, such as those at COVID testing and vaccination stations and hospitals, community support workers don’t have a team around them for support:

We just had days and days where we didn’t hear anything from our employer and we felt really alone and vulnerable. And, of course, when we went into lockdown and everything, we didn’t feel supported at all.

It was very frightening. We had to go out there as essential workers and, oh God, it was stressful.

Asked what might improve their well-being, a common refrain has been that employers and society in general pay attention and care more:

Somehow showing how you’re valued […] It would be nice just to have a “you’re doing well” or something.

I would have just loved a phone call, just to check if I’m coping or not.