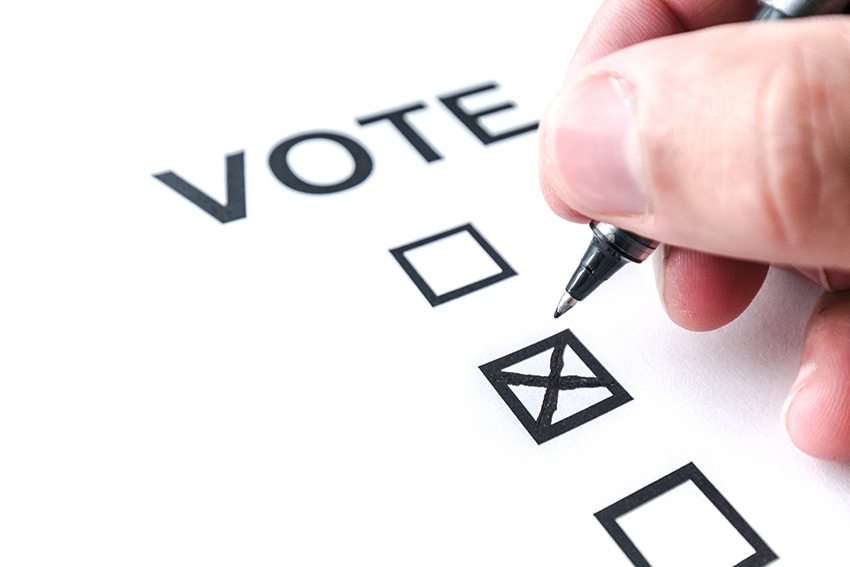 The principle of one person, one vote doesn’t apply for local elections. In fact, you don’t even need to be a person to have voting rights. Welcome to the ratepayer roll, writes Dr Julienne Molineaux, director of The Policy Observatory at AUT.

While the ratepayer roll accounts for less than 1% of votes cast, it is significant because it is in conflict with an important egalitarian principle: that governments (in this case local government) should be elected by “universal and equal suffrage”. The Universal Declaration of Human Rights makes it clear that voting rights should be based on citizenship, with all people treated equally; voting rights are not related to property ownership or the payment of taxes.

Although we don’t have compulsory voting in New Zealand it is compulsory to be on the main electoral roll if you qualify. This is the roll compiled by the Electoral Commission, who are responsible for the Orange Guy campaigns and running general elections. This roll is also used for local elections, with our residential address determining which local authorities we are eligible to vote for.

The ratepayer roll is an additional electoral roll. Ratepayer rolls are compiled by individual local councils and are comprised of ratepayers who do not otherwise qualify to vote in that local authority’s election because they are not residents in the council area, or because they are an organisation not a person. For example, if you are a landlord in a Wellington suburb but live in the Wairarapa, you are entitled to vote in the elections for the council covering your normal residential address (e.g. Masterton District Council), but in addition to this vote as a resident, you can also apply to vote where you own propertybut do not reside (e.g. Wellington City Council). Plural voting (casting more than one vote for the same local authority) was outlawed in 1971, so in the hypothetical above, where both properties are also covered by the Greater Wellington Regional Council, you would only get one vote for the regional council.

Additionally to non-resident ratepaying people, the ratepayer roll also covers organisations that pay rates. Sports clubs, community-owned halls, and businesses – any organisation that pays rates on a property it owns – is entitled to nominate a person to cast a vote in council elections, on its behalf.

In a parliamentary election we don’t allow organisations to vote, and each voter is entitled to the same number of votes as every other voter, no matter how much property they own or how much tax they pay. Why is local government different? This is partly a historical hangover, which has involved a messy array of voting arrangements for local organisations such as councils, but also power boards, harbour boards, licensing trusts and the like. The ratepayer roll continues to be justified on two fronts. Firstly, unlike parliamentary elections in which we vote for the one government that covers the whole country, each local council election is a separate election, so, arguably, voting in more than one councils’ elections is not double-dipping.

Secondly, there are people who believe paying rates confers a right to vote, along the lines of the “no taxation without representation” argument. The actions of councils impact on property owners, so why shouldn’t they have a say in the Council make-up?

The origins of tying voting to paying rates goes back to the 1800s, when local government systems were first established in New Zealand. Apart from some idealistic – but short-lived – wide franchises, voting was tied to being a ratepayer. Women were able to vote and stand for councils some decades before universal suffrage for parliamentary elections. Plural voting existed, whereby the number of votes you could cast depended on the rateable value of your property; the more rates you paid, the more votes you had. Early councils put in roads and bridges, and these services were paid for by property owners, in the form of rates. Councils focused on servicing properties, property owners paid for it, and in return had a say over their representatives. Those elected to councils were from the propertied class.

As towns grew, urban councils established amenities such as libraries and public swimming pools. Councils came to be seen as also providing services for people. As the 19th century progressed, and campaigns were waged to expand the franchise for parliamentary elections, questions were asked about the limited rolls for local authority elections. By 1898 the number of people covered by local government electoral rolls was only one-quarter of the parliamentary roll. Voting was opened up to qualifying non-ratepayer residents in stages and by 1910 urban residents who could vote in general elections mostly qualified to vote in local ones. Non-ratepaying residents in rural council areas did not win the right to vote until 1944.

Should our landed status, a hangover from the past, confer special rights today? Arguing that landlords should have a vote because they pay rates ignores the fact that where properties are tenanted, the tenants pay the rates indirectly as part of their rent. In Wellington, non-residential property owners can vote in as many community board elections as they own properties in, yet these boards do not set rates. Radio New Zealand’s Kate Newtonreports one Aucklander has registered to vote in eight different Auckland Council local board elections. Yet, local boards mostly do not set rates, and where they do, these targeted rates make up a small amount of the overall rate bill. This voting right seems an anomaly and can’t be justified by an appeal to “no taxation without representation”

The basis for being eligible to vote in parliamentary elections is being at least 18 years old, and meeting citizenship or residency requirements (with a few exceptions such as prisoners). It is not taxpaying. We vote because we are people who are part of this community, not because of income or wealth or property ownership. Organisations such as businesses pay tax but are not given the vote for general elections. This is despite government policies and spending impacting on their operations and profitability. At general elections we don’t allow non-people to vote, so why do ratepaying organisations have a voting right in local government?

This opinion piece was first published in the The Spinoff.