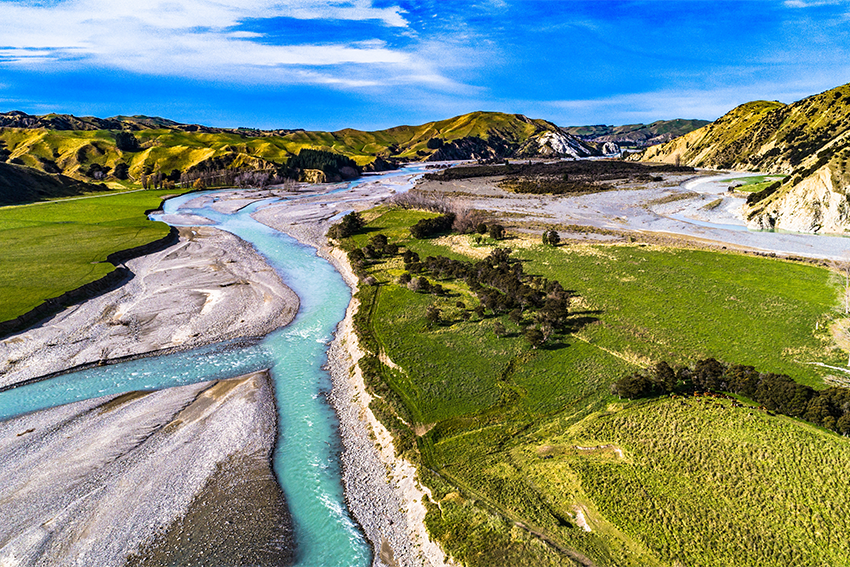 Many had hoped the COVID-19 crisis would be a critical juncture for climate change policy in New Zealand.

The budget was not this moment. It was about minimising the immediate crisis, with an eye to the forthcoming general election – not a pivot towards a low-emissions economy.

Under the circumstances, the budget’s short-term vision is not surprising. It is even morally necessary. Climate change is ultimately about people’s welfare too – which needs defending in the present as well as the future.

Climate change policy will have to wait, for now

The budget’s cornerstone is the NZ$50 billion COVID-19 response and recovery fund.

Quite rightly, a large chunk (NZ$5.6 billion) is earmarked for health. This is money not spent on climate action. But if people aren’t healthy and secure, less immediate challenges like climate change won’t get a look-in.

The same goes for the NZ$10.7 billion for economic support, building on NZ$12.1 billion already doled out as welfare subsidies, increased benefits, business tax relief and more. By necessity, the government is relying on available, if imperfect, spending levers.

Still, as time passes and the emphasis shifts from response to recovery to rebuild, long-term objectives like climate change should re-enter the picture. Back in December 2019 – before COVID-19 hit – a just transition to a low-emissions economy had been identified as one of the 2020 budget’s five priorities. For now, it has clearly taken a backseat, but New Zealand should return to it as part of the rebuild because of its economic promise.

A notable study led by Oxford University economist Cameron Hepburn argued climate-aligned fiscal recovery packages could not only help shift the world closer to a net-zero emissions pathway, but could also offer the best economic returns for government spending.

Those returns are precisely what governments need to service the debt they’re incurring now.

Also, a net-zero emissions pathway avoids the costs of future shocks, whether that’s the looming volatility of oil or the hazards of climate change itself.

The budget’s NZ$10 million allocation for drought relief is a reminder the effects of climate change are already with us, with negative impacts on GDP even before the pandemic struck.

Aspects of the budget do respond to the twin crises of climate change and biodiversity loss. The stand-out is the NZ$1.1 billion for weed and pest control, biodiversity enhancement and regional restoration projects, including wetlands and waterways. These projects will sequester carbon - although the removal of wilding pines does the opposite.

And these nature-based projects are arguably more “shovel-ready” than many “grey” infrastructure projects, given the low training requirements, minimal planning and outdoors work that meets social distancing norms. This investment – along with the NZ$1.6 billion boost for human capital through the trades and apprentices package – are this budget’s best expressions of the well-being approach, where the needs of the present and future are strongly aligned.

The NZ$56 million boost for the government’s insulation and heating programme is also welcome, if still insufficient in scale. This not only improves energy efficiency but also people’s health, and so reduces vulnerability to COVID-19. This is critical for addressing the health inequities the pandemic has exposed elsewhere.

But beyond this, climate-related initiatives get increasingly scrappy.

New transport funding went entirely to rail, with more than NZ$1 billion in capital expenditure for renewing and upgrading existing networks. This is overshadowed by the NZ$6.8 billion New Zealand upgrade programme announced in January 2020, most of which went to roadworks.

A portion of this earlier spend is allocated to decarbonising the state sector, including schools and hospitals, through phasing out coal boilers and installing clean heating and lighting. Given that the health sector is estimated to contribute 3% to 8% of New Zealand’s carbon emissions, its decarbonisation is not trivial.

A question mark hangs over the NZ$20 billion that remains unallocated. It is likely held over for the “shovel-ready infrastructure” that featured prominently in the lead-up to the budget but not the budget itself. Here climate advocates should fight their corner for big-ticket projects, especially renewable energy generation. But it is sensible for New Zealand to not rush into large high-stakes investments in public transport, for instance, which could require a rethink in the COVID-19 era.

Government should also be encouraged to use its power of procurement. The budget offers the broad brushstrokes of government spending, but leaves room for finer, greener detail.

Why not demand all new construction conforms to a “wood first” policy to support a more sustainable forestry sector and avoid carbon-intensive steel and concrete? Why not insist that new roads have lanes for micro-mobility (scooters and bikes), charging stations for electric vehicles, or low-carbon asphalt?

Last year, I argued the government’s well-being approach was not transformational, just transitional. This year’s budget reaffirms that.

Most voters will be grateful for this, wary of disruption upon disruption. It spells trouble for the dream of a quick climate fix - whether declarations of climate emergency, or piggybacking on crises like COVID-19. But climate action must carry on through the slow, patient work of persuading one another that it delivers a more secure, prosperous future.