Identity not just about DNA percentages 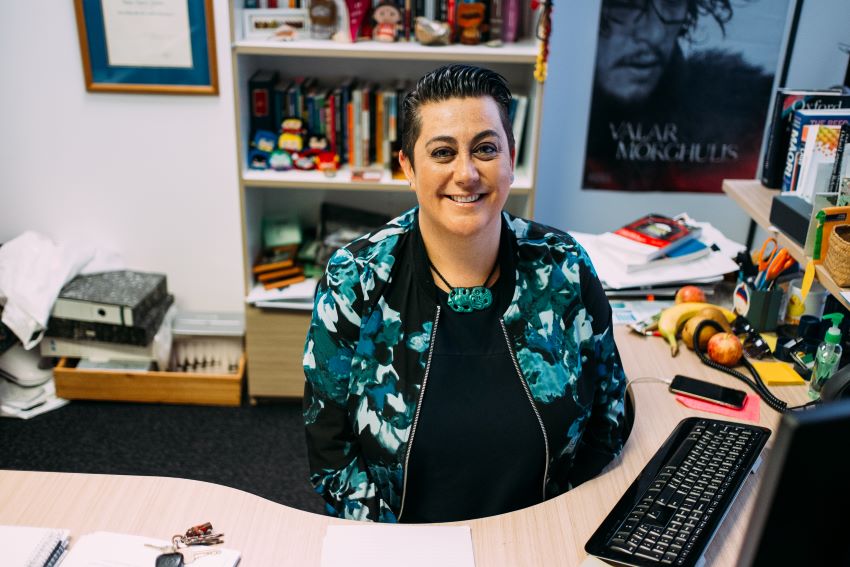 This article is republished from Stuff.co.nz and written by AUT Associate professor of law Khylee Quince. Read the original article.

Like more than 30 million others around the globe, I’ve succumbed to the phenomenon that is the direct-to-consumer genetic DNA test to discover and confirm my ancestry.

I know the science is somewhat dodgy, but there is something quite magical about spitting in a tube and waiting for the results showing the genealogical patchwork of your origins. My kids were so interested in my results that I recently forked out a few hundred more dollars to have their tests done too.

When I did that, I paused to consider how they might react to the science, rather than the oral stories of their origins. In other words, I stopped to think about whakapapa, and how the quantitative measures at the heart of DNA science take a different approach to the same subject. Like many whānau, we have our own stories of the origins of our green eyes, the red hair that pops up intermittently, and the mākutu, or curse, that explains our familial history of terrible eyesight.

Pretty taken aback, I told him we were there because we were Māori. He laughed, shoved his pale little arm under my nose and said, “Look at me, I’m English.” He’s not English, of course, but in his 5-year-old mind, he had equated his skin colour with his identity. On further probing, he declared that we spent all of our holidays in Hokianga “because the beaches are nice”, not because it has been the ancestral territory of our forebears for over 1000 years.

The visual fact of skin colour is often conflated with the quasi-scientific classification of race. In 1983, African American author Alice Walker coined the term “colorism” (sic) to describe discrimination within ethnic groups on the basis of skin tone – with darker-skinned people generally suffering more significant discrimination than those of fairer appearance. Contemporary colorism is a de facto replacement of formalised race classification in segregated societies such as the Jim Crow South or apartheid South Africa, where light skin could afford its wearer the possibility of “passing” as a white person, with its associated legal, social and economic privileges.

Of course, DNA can apply a scientific lens to identity – “proving” connections between people, or people and conduct. As a true-crime enthusiast, the thrill of whodunits has diminished somewhat with the advent of databases operated by analysts on shows such as CSI. Similarly, family mysteries traditionally solved by poring over handwritten registers and microfiche records has been replaced by a swab or a spit and a quick call to David Lomas.

In the past decade, expat Kiwi patent attorney Barbara Rae-Venter has been instrumental in the development of “genetic genealogy”, using DNA of multiple distant relatives to identify an individual through a combination of science and inference, based on probability and family trees. In 2018 her methodology led to the apprehension of Joseph De Angelo, the “Golden State Killer”, responsible for at least 13 killings and 50 rapes.

The legal, ethical and privacy issues of genetic genealogy have resulted in some of the major genealogy databases forbidding law enforcement from using their material for criminal investigations – although one has made an exception for the identification of violent criminals or human remains. The concern is that, while those who have paid for tests have consented to potential matching of their profiles, their relatives who may have material in enforcement databases have not.

Despite these issues, DNA tests are a bit of fun – allowing us to pore over the match charts, respond to random messages from all over the world, and figure out the likely relationships determined by shared percentages. The latter is complicated, and after a couple of weeks we gave up and resorted back to the traditional Māori terminology of bro, cuz, aunty and uncle – labels that fit almost every linkage known to humankind.

Meanwhile, my daughters are eagerly awaiting their own test results, particularly to see how the random allocation of DNA from the same parents can lead to different individual proportions. Their brother is less excited, and reminds them that we also share nearly half our genes with bananas.

My response to him was to emphasise the importance of connection – and this reminded me of one of my favourite proverbs about whakapapa, from Fiji – that a kitten born in a banana plantation is not a banana.