How a son can help young criminal dads 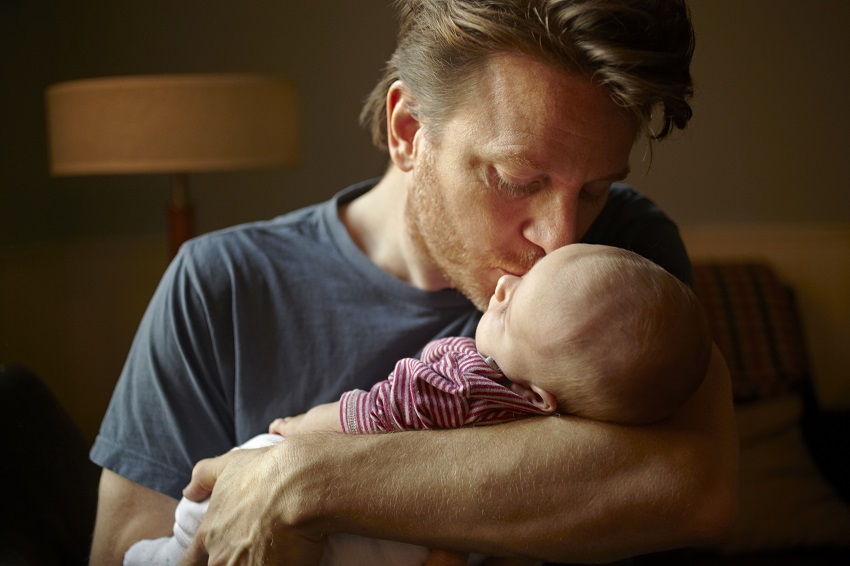 This article is republished from The Conversation under a Creative Commons license and written by Alexander Plum, Senior Research Fellow in Applied Labour Economics and Kabir Dasgupta, Senior Economist, Auckland University of Technology. Read the original article.

The birth of a child is a positive milestone in most parents’ lives. And with the new responsibilities come behavioural changes, particularly for first-time parents. Such a turning point can have long-term or even permanent effects.

For people who have committed crimes before having children, in particular, impending parenthood correlates with drastic behavioural shifts. For both mothers and fathers, the arrival of a child increases employment prospects and decreases criminal behaviour.

However, there is ample empirical evidence that the child’s gender plays a particular role for some fathers.

A new examination of New Zealand data shows the amount of change in young fathers can depend on their cultural and criminal background. Having sons appears to have the most profound impact on young New Zealand European men, persuading them to turn their lives away from crime.

The demand for sons

Previous research has documented that for some fathers the child’s gender plays a crucial role in how much he changes his behaviour.

A child’s gender also appears to make a difference in turning lives around for socially vulnerable fathers. Using Danish data, a recent study showed that young fathers are more likely to stop participating in criminal behaviour when they have a son rather than a daughter.

Our new research examines the effect a child’s gender has on young fathers in New Zealand.

We looked at differences in paternal behaviour by comparing data relating to young fathers with a son to those who had a daughter. The research focused on understanding the long-term differences in future criminal activities, employment, education and relationship status.

We ensured that all of the fathers included in this research had similar life trajectories before they became a parent, to ensure any changes in their behaviour could be connected to the effects prompted by their child’s gender.

The footprint in the data

Young fathers are a particularly vulnerable population. On average, compared to older fathers, they are less frequently employed, less likely to be in a stable relationship and are more often involved in criminal activities.

Using Department of Internal Affairs birth records, we tracked the data footprint of young fathers aged between 17 to 21 who had their first child born between January 2005 and December 2010.

Court data from the Ministry of Justice enabled us to illustrate how the criminal behaviour of young first-time fathers changed before and up to ten years after childbirth.

Inland Revenue’s tax records were used to track the fathers’ employment trajectory. Additionally, we looked into the 2013 Census to explore the effect of a child’s gender on education and family formation.

We found that some young fathers changed their behaviour more drastically when they had a son rather than a daughter – but this was only observed among young New Zealand European fathers who had convictions before childbirth.

We did not find any relevant evidence that indicated Māori fathers responded to the gender of their child. These results suggest that the preference for sons is perhaps more prevalent among Europeans or Western societies. After all, pre-colonial Māori society is widely believed to have been fundamentally inclusive of sexual diversity.

For young New Zealand European fathers with a pre-birth conviction who had a son, the effect was both large and persistent. Over the ten years after a child’s birth, fathers in this group with a son had 17.2% fewer convictions on average than those with a daughter.

When only looking at serious sentences such as imprisonment or home detention, the difference was 11.4% for the decade after the child’s birth. The relationship between having a son and a reduction in criminal behaviour was particularly noticeable for fathers with offences related to burglary, dangerous acts, drugs or fraudulent activities.

Importantly, this behavioural difference prompted by the child’s gender spilled over into the fathers’ labour market behaviour.

We found a stronger commitment to work and higher accumulated earnings from wages and salaries for fathers with a son. Over the ten years after a child’s birth, the aggregated income was 21.5% higher on average – and the number of months receiving benefits were 21.6% lower on average.

Further differences were observable across other aspects of their lives. When linking our sample with the 2013 Census, the data showed that having no qualification was more common among young fathers with a daughter. Having a son also increased the likelihood of being in a partnered relationship.

Why do some fathers prefer sons? There is a long list of potential reasons, but scholars have not found unanimous consensus yet. Our study suggests the importance of cultural background and societal structure as other contributing factors.

Future research needs to look into how these sons actually profit from the behavioural change of their fathers – and by how much the daughters are left behind.