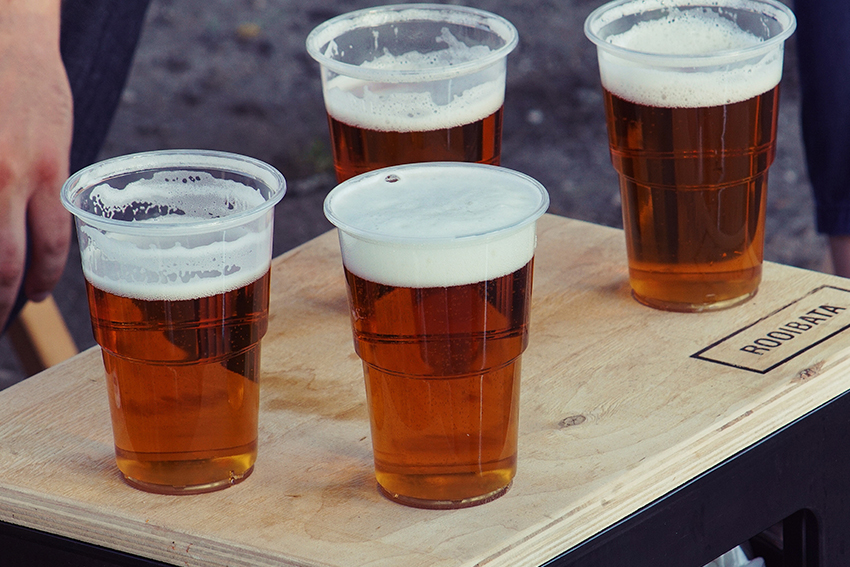 This article is republished from The Conversation under a Creative Commons license, and written by Alexander Plum, Christopher Erwin, and Kabir Dasgupta from AUT Business School. Read the original article.

It’s fair to say that drinking alcohol is popular among Kiwis, to the point of potential harm.

According to the latest New Zealand Health Survey, one in five adults – or 824,000 people – have an established drinking pattern that “carries a high risk of future damage to physical or mental health”.

In 2016, data showed heavy drinking sessions were much more common in New Zealand than in the UK, the US, Canada and even countries like Finland, Norway and Sweden.

Alcohol abuse is also a major contributor to crime. In 2010, the New Zealand Police estimated about one-third of all police apprehensions involved alcohol and half of serious violent crimes had alcohol as a contributing factor.

However, in a landmark alcohol reform enacted in 1999, New Zealand reduced the minimum purchasing age from 20 to 18 years old.

Politicians in favour of the change argued that an 18-year-old could vote and marry and should therefore be given the chance to drink in a safe environment.

Since then, there has been an ongoing debate among social and political commentators, including health professionals, over whether the legal purchasing threshold should be raised back to 20.

Critics of the 1999 reform usually cite a potential increase in public health risks to support their point of view.

Last year, in an unprecedented move, the heads of the district health boards released a joint statement calling for the reform of the 2012 Sale and Supply of Alcohol Act.

The statement proposed numerous changes to reduce easy access to alcohol, including increasing the legal purchasing age from 18 to 20.

The researchers used Statistics New Zealand’s integrated data infrastructure (IDI) to test whether this change in drinking behaviour prompted a corresponding spike in alcohol-related criminal behaviour among 18- and 19-year-olds.

The analysis also took advantage of the detailed crime register administered by the Ministry of Justice.

The spectrum of offences is broad, ranging from minor incidents, such as bringing alcohol into an alcohol banned area, to severe crimes like causing injury through excess alcohol.

The authors considered convictions a more accurate measure of crime than arrests, as not every arrest leads to a conviction.

Put simply, the research compared the criminal outcomes of youths who had just gained the right to buy alcohol to those who were close to turning 18 and therefore unable to legally buy it.

There was a slight increase in traffic violations by drivers around the currently mandated age of 18. However, the analysis found little evidence that 18- and 19-year-olds committed more alcohol-related crimes after reaching the legal purchasing age.

From 2014 to 2018, the average number of alcohol-induced offences for those aged 17 years and 11 months stood at 53 convictions per 100,000 people and increased by four convictions in the month turning 18. This equals an increase of 8% but is not statistically significant.

However, similar to previous research, the analysis indicated that gaining easier access to alcohol was associated with an immediate spike in other crimes, particularly dangerous acts and property damage.

The researchers also examined how criminal behaviour changed in the period between 1994 and 1998 when the legal alcohol purchasing age was 20.

This surprising pattern is caused by changes in the legal breath and blood alcohol limit, which takes place at the same age and permits higher blood alcohol levels for drivers aged 20 and above.

When removing those types of convictions, the researchers find no observable jump in alcohol-related crimes. That said, there was an increase in offences against public order and other traffic-related convictions.

Alcohol and crime in the US and Canada

These findings align with the data from the United States and Canada.

A US study looked at how crime rates changed around the minimum legal drinking age of 21 in the states where drinking and purchasing alcohol below the age of 21 is not permitted.

The authors found individuals aged just over 21 were 5.9% more likely to be arrested than individuals just under 21. However, crime levels for this age group were substantially higher compared to New Zealand.

In Canada, where the minimum legal drinking age for most states sits at 18, and 19 in Alberta, Manitoba and Québec, a sharp increase of 7.6% in all crimes was observed – with a large jump of 29.4% for disorderly conduct.

As two decades of data shows, allowing younger people to drink has resulted in upticks in some types of crime, but not all of them. Understanding the impact of lowering New Zealand’s drinking age can inform the ongoing policy debate and offers decision makers an insight into how these sorts of thresholds can change society in unexpected ways.

Researchers looked at the difference in alcohol-related criminal behaviour for ages just below the minimum legal purchasing age versus ages right above the mandated age threshold.
Quick Links
Opens an external site in a new window