Menu
Home AUT News Opinion Do we follow or lead on climate change? 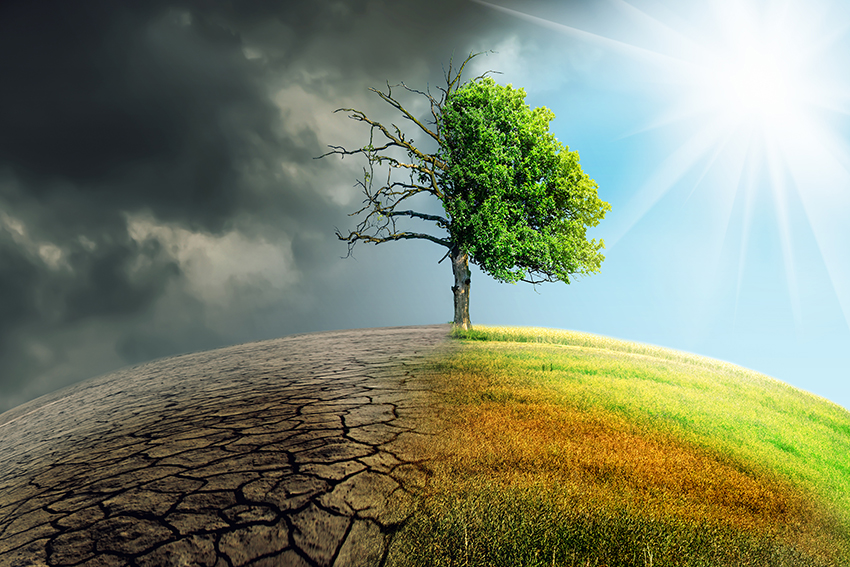 Back in pre-COVID times last year, when New Zealand passed the Zero Carbon Act, Prime Minister Jacinda Ardern insisted “New Zealand will not be a slow follower” on climate change.

It struck a clear contrast with the previous National government’s approach, which the then prime minister, John Key, often described as being “a fast follower, not a leader”.

He had lifted this language from the New Zealand Institute’s 2007 report, which argued against “lofty rhetoric about saving the planet or being a world leader”. Instead, it counselled New Zealand to respond without “investing unnecessarily in leading the way”.

Key was eventually accused of failing to live up to even this unambitious ideal —  New Zealand came to be known as a climate laggard.

With her hand on the nation’s rudder since 2017, has Ardern done any better?
Is New Zealand a climate leader, and not merely a symbolic leader on the international speaking circuit but a substantive leader that sets examples for other countries to follow?

On my analysis of Ardern’s government, New Zealand is now, finally, a fast follower.

The government’s climate policy is best evaluated from three perspectives: the domestic, international and moral.

From a domestic perspective, where a government is judged against the governments that preceded it, Ardern is entitled to declare (as she did when the Zero Carbon Act was passed) that: "We have done more in 24 months than any government in New Zealand has ever done on climate action."

But at the international level, where New Zealand is judged against the actions of other countries and its international commitments, it is more a fast follower than a leader, defined by policy uptake and international advocacy rather than innovation.

At the moral level, where New Zealand is judged against objectives such as the 1.5°C carbon budget, its actions remain inadequate. A recent report by Oxfam notes New Zealand is off-track for its international obligations.

The nation’s record looks even worse when we factor in historical responsibilities. From this perspective, New Zealand, like other countries in the global north, is acting with an immoral lack of haste. It is for the next government to go from being merely transitional to truly transformational.

Turning in the right direction

The formation of the Ardern government in 2017 inaugurated a phase of rapid policy development, drawing especially from UK and EU examples. But the evidence of substantive climate leadership is much less clear.

The government’s most prominent achievement is the Zero Carbon Act, which passed through parliament with cross-party support in November 2019. This establishes a regulatory architecture to support the low-emissions transition through five-yearly carbon budgets and a Climate Change Commission that provides independent advice.

Its other major achievement, less heralded and more disputed, was the suspension of offshore oil and gas permits. This supply-side intervention is surely Ardern’s riskiest manoeuvre as prime minister, not only on climate but on any policy issue.

It stands as an exception to her careful, incremental style. It signalled that the Crown’s historical indulgence of the oil and gas sector was coming to an end.

But both policies involve followership. The Zero Carbon Act is closely modelled on the UK’s Climate Change Act 2008 and the leadership came from outside government. It was initially championed by the youth group Generation Zero. The independent Parliamentary Commissioner for the Environment then picked it up.

Similarly, the offshore oil and gas ban builds upon longstanding activism from Māori organisations and activists. In 2012, Petrobras withdrew prematurely from a five-year exploration permit after resistance from East Cape iwi (tribe) Te Whānau-ā-Apanui. New Zealand was also only following in the footsteps of more comprehensive moratoriums elsewhere, such as Costa Rica in 2011 and France in 2017.

There are many other climate-related policies, including:

Only the last policy is a world first. Even then, private companies throughout the world are already adopting this approach without a mandate from government.

In all likelihood, New Zealand’s greatest claim to pioneering policy is its decision to split targets for carbon dioxide and methane in the Zero Carbon Act, which means agricultural methane is treated separately. If the science behind this decision eventually informs the international accounting of greenhouse gases, it will have major ramifications for developing countries whose economies also rely heavily on agriculture.

Not all proposed policies made it through the political brambles of coalition government. Most conspicuously, commitments to an emissions-free government vehicle fleet, the introduction of fuel-efficiency standards, and feebates for light vehicles were all thwarted.

This is symptomatic of this government’s major weakness on climate. Its emphasis on institutional reforms rather than specific projects will yield long-term impacts, but not produce the immediate emissions reductions to achieve New Zealand’s 2030 international target under the Paris Agreement. This is where a future government can make the rhetoric of climate leadership a reality.

This article is adapted from an upcoming book - Pioneers, Leaders and Followers in Multilevel and Polycentric Climate Governance.

This article was first published by The Conversation.