Could NZ have prevented terror attack? 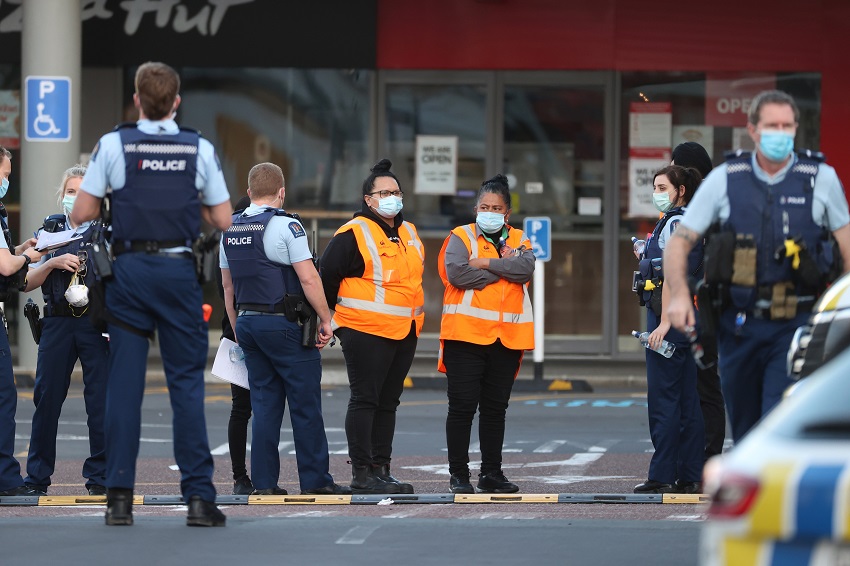 This article is republished from The Conversation under a Creative Commons license and written by AUT Law Professor Kris Gledhill. Read the original article.

New Zealand is fast-tracking changes to counter-terrorism laws in response to Friday’s terror attack, but several other laws are relevant in this case and further investigations must ask why they weren’t used to detain the attacker.

The terrorist was shot dead within moments of beginning a potentially lethal attack at an Auckland supermarket because he was considered dangerous enough to be under 24-hour police surveillance. A complex chain of prosecutions meant intensive monitoring was the only option police had to protect the public.

Efforts to ensure public safety included bringing criminal charges, which resulted in pre-trial detention. But preventive detention was not available, despite the terrorist setting, and this suggests a gap in the sentencing regime.

Under New Zealand criminal law, a person can be prosecuted for conspiring to commit an offence, but this requires at least two people to agree. For someone acting alone, planning an attack is not enough. This is a gap in the Terrorism Suppression Act 2002 and New Zealand will likely follow other countries, including Australia, where preparing or planning a terrorist act constitutes an offence.

Apart from criminal law, there are two other areas of law that can be used to detain people considered dangerous: mental health law and, given the terrorist’s refugee status, immigration law.

The terrorist was prosecuted for various offences and spent a significant amount of time in detention, pending trial.

In 2017, having been arrested trying to leave New Zealand, nine charges were laid, including one of sharing ISIS-related material via Facebook, in breach of the Films, Videos and Publications Classification Act 1993, and another of having an offensive weapon. He was denied bail because he was considered at risk of further offending through sharing problematic material and carrying out violence.

Part of this case turned on how bad the shared material was. The censor concluded it was not “objectionable”, which is the worst kind, but “restricted”. This meant the charges relating to his social media activities carried at most three months’ imprisonment each.

He was released on bail after pleading guilty to sharing ISIS propaganda because he had already spent 13 months in custody and the offences would not carry a sentence of that length for a first offender. But before being sentenced, he was arrested again in August 2018 and remanded in custody pre-trial.

The new charges covered further offences relating to problematic material. This time, it was possession of “objectionable” material, which carries a maximum sentence of ten years. There were also two new charges relating to offensive weapons, and an earlier charge was reinstated.

The trigger for the second arrest was his purchase of another hunting knife. The prosecution argued this was a terrorist act because it showed he was planning to carry out an attack, but the courts rejected this. He was convicted of two offences relating to objectionable material, but sentenced to intensive supervision rather than a prison term.

This was because the Sentencing Act 2002 says the maximum sentence should be imposed only for examples of the worst offending, and the prosecution accepted he had already served more time in prison, awaiting trial, than would be imposed.

Gaps in other laws

There are two other sentencing matters to note. For several decades, New Zealand courts have been able to impose preventive detention, which is essentially a life sentence. But this power only arises in relation to a list of sexual or violent offences. It does not include the offending for which the terrorist was sentenced. This is a gap that requires further investigation.

New Zealand also allows for preventive detention under the Public Safety (Public Protection Orders) Act 2014, but this requires a past conviction for a serious sexual or violent offence. Again, this case was outside this legislation.

Many reports about the attacker refer to his paranoia. This raises the question of detention under the Mental Health (Compulsory Assessment and Treatment) Act 1992. This requires an “abnormal state of mind” and a “serious danger” to his own or others’ health and safety.

There was a psychiatric report for the 2018 sentencing decision, which records various symptoms of mental illness, but it does not appear there was an updated report in 2021. Further investigations should ask whether this was an avenue that should have been

Finally, there is the immigration context. Several steps were taken to remove the terrorist’s refugee status, as a precursor to deportation from New Zealand. Refugee status can be lost on several grounds, including proof that it was obtained by fraud.

Deportation of refugees is also possible on national security grounds, but it cannot be to a country where the person would be placed at undue risk unless they have committed a very serious offence that reveals a danger to the community. For someone who has come from and can only be returned to a country where they face such a risk, deportation is very difficult.

These are all decisions that require very careful consideration. The Immigration Act 2009 has very significant limitations on detention, particularly for those who have refugee status.

Mental health legislation may have been more relevant in this case and the fact it wasn’t used calls for an investigation. As it was, the only power available was for the police to carry out a surveillance operation, complete with armed officers. This suggests they viewed the man as a clear and present danger.