Could Britain be sued for reopening? 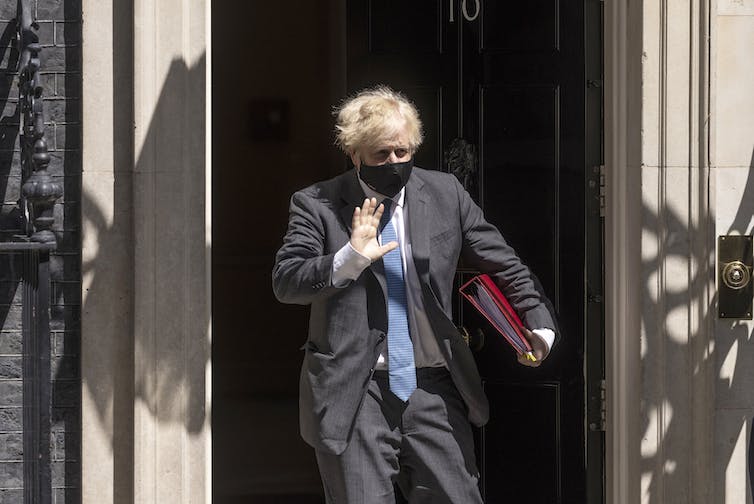 This article is republished from The Conversation under a Creative Commons license, and  written by AUT Professor Kris Gledhill. Read the original article.

With most COVID-19 restrictions now lifted in England, the world is watching to see what this so-called “freedom day” will bring.

Some scepticism is warranted, given Britain’s approach throughout the pandemic has hardly been a success. By July 19, there had been 128,985 deaths from COVID-19, and the death rate per million of population was just under 1,900.

True, there are countries with worse rates, including Hungary, Italy and the Czech Republic in Europe. But countries that have taken a different approach have vastly better figures: for example, 35.8 deaths per million of population in Australia, and 5.39 in New Zealand.

No doubt Boris Johnson’s government took its emphatic 2019 election victory and relatively successful vaccination program as a mandate for opening up.

But the current situation doesn’t support such optimism. Infection rates are now the worst in Europe and the death rate is climbing. By contrast, Australia has much lower death and infection rates but state authorities have responded with lockdowns.

Furthermore, many scientists have condemned the opening-up policy. The authors of the John Snow Memorandum stress the risks to the 17 million people in the UK who have not been vaccinated, and state:

[This approach] provides fertile ground for the emergence of vaccine-resistant variants. This would place all at risk, including those already vaccinated, within the UK and globally.

Taking the UK to court

Is it enough to hope Boris de Pfeffel Johnson will not just dismiss these concerns as piffle? Perhaps there is an alternative — taking the UK to court. Specifically, to the international courts that deal with matters of human rights.

For countries in the Council of Europe, this would be the European Court of Human Rights. Globally, there is the option of the Human Rights Committee of the United Nations.

How would this work? A court claim requires what lawyers call a “cause of action” — in this case, a breach of human rights, including the right to life and the right not to be subject to inhuman and degrading treatment.

In the main international human rights treaty, the International Covenant on Civil and Political Rights (ICCPR), article 6 requires that the right to life, which belongs to everyone, must be protected. Article 2 of the European Convention on Human Rights (ECHR) says the same.

In 2019, the UN Human Rights Committee noted this right to life amounts to an “entitlement […] to be free from acts and omissions that are intended or may be expected to cause their unnatural or premature death”.

It also noted the obligation on states to take steps to counter life-threatening diseases.

A duty to protect

European Court of Human Rights case law establishes that the duty to protect life includes a requirement on states to take reasonable steps if they know (or ought to know) there is a real and immediate risk to life.

This has usually involved the criminal actions of dangerous people, but there is no reason it should not cover government policy that rests on an acceptance that people will die.

After all, the entire human rights framework was put in place to limit states from breaching rights.

This duty to protect applies not just to deaths. Both the ICCPR and the ECHR have absolute prohibitions on inhuman and degrading treatment. For many people, the severity of COVID-19, including the consequences of long COVID, meet this standard.

If government policy can mitigate such consequences, human rights standards mandate that it should.

In short, this is not just a matter of the right to health. Because the UK will likely allow the virus to spread from its shores, the rest of the world is at risk and therefore has an interest here. So can other countries take action?

Human rights conventions are treaties — promises by states to each other as to how they will act. Article 33 of the ECHR is very clear: states can ask the European Court of Human Rights to adjudicate whether another state is breaching rights. There are many instances of this happening.

Importantly, the court can issue “interim measures” under its procedural rules to preserve the status quo while it hears a case.

The UN Human Rights Committee may also consider state-to-state complaints under article 41 of the ICCPR if a state has agreed to this — and the UK has made the relevant declaration.

Of course, any decision by a state to take another to court is political. But this pandemic is not just a health issue, it is also a matter of life and death. Protecting life should be a political priority precisely because it is such a fundamental right.

Politicians willing to stand up for human rights should use the tools that exist to achieve that aim.