Costco will change how Kiwis shop 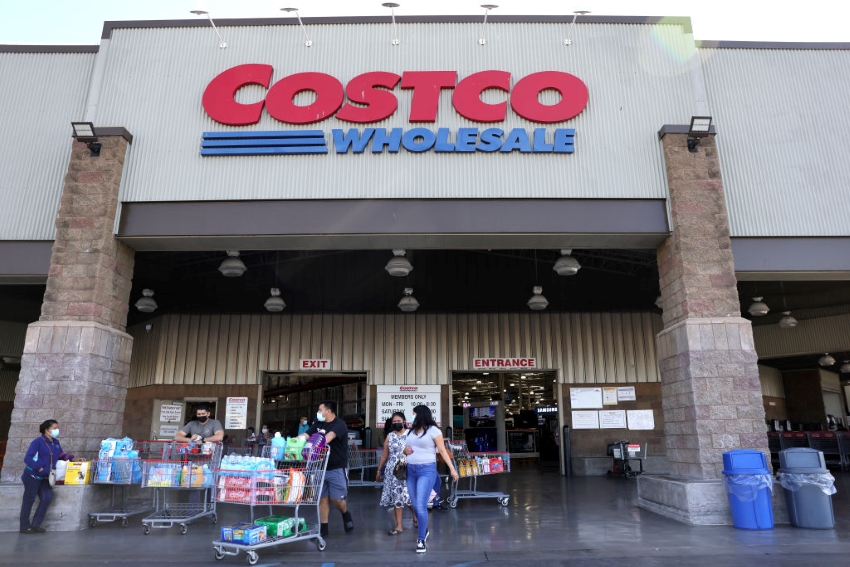 This article is republished from The Conversation under a Creative Commons license, and is written by Megan Phillips, Senior Lecturer in Marketing at the Business School, Auckland University of Technology. Read the original article.

Multiple delays and a NZ$60 entry cost have done little to quench enthusiasm for New Zealand’s first Costco, with New Zealanders lining up for more than 90 minutes recently for a chance to buy a membership to the store.

A members-only warehouse retailer, the store will sell a wide range of products including food and grocery items, clothing, electronics, furniture and more. Commentators and people familiar with the brand have claimed the store will disrupt the duopoly that currently dominates New Zealand’s grocery sector.

But to enter the warehouse you must pay a membership fee, set at $60 a year or $55 if you own a business.

Just going by what is currently open – the petrol station – shoppers would need to spend $1,494 on petrol to gain enough savings to make up for the membership. A saving of 10 cents per litre on a 60 litre tank will require ten fills. That said, in the US, replacing one tyre would allow you to break even.

Considering the upfront cost for shoppers, will Costco actually be worth it?

Research shows that club store prices can be 22.5% lower than traditional supermarkets.

Already, Costco’s store-adjacent petrol station in Auckland, which opened in April, has had a significant impact on fuel prices in the neighbouring community.

Costco buys in bulk, allowing the store to achieve economies of scale  creating savings which can then be passed on to members. The company limits the mark-up on merchandise to between 14 and 15% above costs. In comparison, department stores typically mark up their products by 30% or above.

Costco also has a no-frills self-service store environment and an extremely low marketing budget – which save around 2% a year in costs.

But shoppers will need to get used to a smaller range of each product. Instead of eight brands of toothpaste offered by Countdown online, for example, you might only find four in Costco. Fewer brands in a category allows Costco to buy more of a single product and push for discounts from suppliers.

Costco will push a behaviour change

Kiwis typically visit the supermarket one to three times per week. Costco members shop on average every two to three weeks to stock up on bulk items.

Shopping in bulk might not fit with our current shopping culture. The Costco way of shopping will require behaviour changes to make sense.

The company also pushes the use of grocery coupons, common in the United States but less so in New Zealand.

Overseas, Costco is a destination store and research suggests that travel distances can be almost 12 times longer compared with traditional supermarkets.

Once at the store, people usually spend considerable amounts of time to do their shopping. There are no in-store signs or directories and shopping can feel like a scavenger hunt.

That said, Costco has a massive following. One fanatic even tattooed the Costco’s private label brand (Kirkland Signature) on himself, and other loyal shoppers have proposed or even tied the knot in the warehouse.

The adoration seems to be building in New Zealand with 70,0000 followers on a local fan page.

To get the most out of the membership, shoppers are likely to visit the store more frequently and more visits can mean more money spent. If you decide the opportunity for bulk buying is worth the joining fee, here are some tips for resisting the urge to splurge.

1. Buy only what you need

The chance to buy in bulk is a novelty for many Kiwis, so try to temper the temptation by making a list and sticking to it. Remember, whatever you buy you have to store somewhere and will need to use before it expires.

Kiwi fridges and pantries tend to be small compared to US storage space. The standard New Zealand fridge, for example, is 60 centimetres wide, while the average fridge in the US is 90cm wide.

The long travel distance for some is a sunk cost, so shoppers will buy more than they need to ensure the visit is worthwhile.

2. ‘Limited time only!’ offers aim to empty your wallet

The highly edited assortment that is only offered for a limited period creates a sense of urgency – buy now or it will be gone tomorrow.

Of the 4,000 products available at a typical Costco warehouse, 25% are considered treasure hunt products. These are seasonal or speciality items that are constantly changing.

An interesting part of this strategy is the sense of scarcity it creates. Shoppers are more likely to buy if they realise goods are not going to be on offer the following week. This can be exciting and enhances the treasure hunt feeling, but it can also lead to increased spending.

Although prices are very low, a study found that people who shop at Costco-like stores don’t necessarily reduce their total spending. The savings from planned purchases usually free up budget to be spent on impulse items.

Licensing theory suggests that once shoppers have made progress toward their goal (maybe finding what they need), they then give themselves permission to indulge in a treat.

4. Take the savings and stick to what you will actually use

The larger product sizes can lead to greater purchase quantities. Larger families and heavy buyers are more susceptible to this. Buying more than you need can accelerate consumption. It might also lead to food waste if you don’t consume it all before it expires, especially fresh food items such as a massive bag of salad.