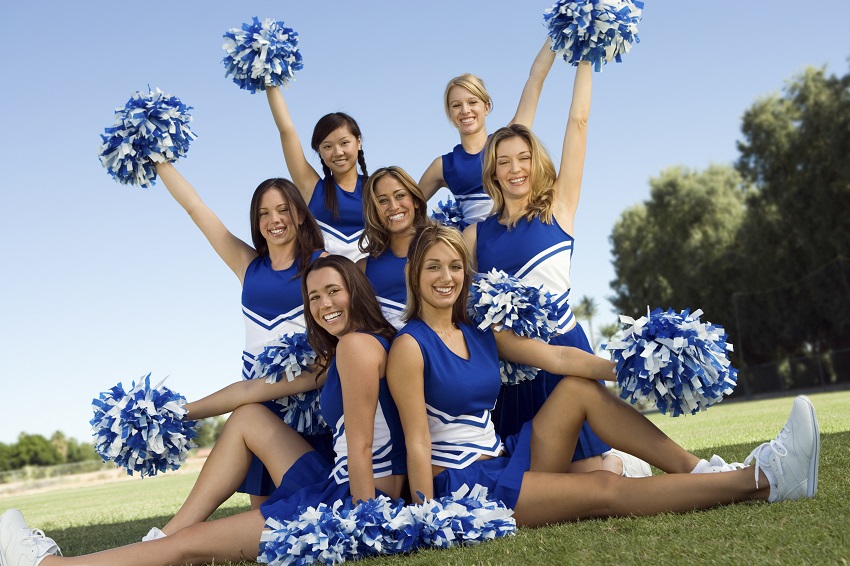 This article is republished from The Conversation under a Creative Commons license. This article was co-authored by Sarah Duffy and Michelle O'Shea (Western Sydney University) and Patrick Van Esch (Auckland University of Technology). Read the original article.

As the NRL competition ushers in its 2021 season, women waving pom poms while clad in figure hugging attire and white, knee-high boots will be missing from some games.

The Parramatta Eels are the latest and fifth team to cut their cheerleading squad, announcing in late January their 30 cheerleaders wouldn’t be employed this year. This decision also means nearly 80 junior cheer girls no longer have a home.

From a peak of 16 cheerleading teams in 2006, this year only 11 teams will still have cheerleaders on the sidelines.

In 2007, the then new owner of the South Sydney Rabbitohs, Russell Crowe, said cheerleaders made spectators “uncomfortable”. They were replaced with a marching band. In 2017, the Canberra Raiders replaced their squad with a game-day competition for local dance schools.

In 2019, the Melbourne Storm replaced cheer girls with mixed gender hip hop crews.The Brisbane Broncos rebranded their cheerleaders as a “dance squad”, and toned down their uniforms to “desexualise” performers and celebrate their athleticism.

For many teams, the cheerleaders are now positioned as brand ambassadors, involved in community outreach, attired in more modest costumes. Their remit is fundamentally changing. Cheering on the sidelines is increasingly looking like a sexist relic.

But rather than remove cheerleaders from sport fields altogether, we should celebrate their athleticism, embracing cheerleading as a sport in its own right.

It wasn’t always women who cheered

Although women are most often associated with cheerleading, it was once a male pursuit. Even as teams diversified, George W. Bush, Dwight Eisenhower, and Franklin D. Roosevelt were all cheerleaders.

Women first joined their American college cheer squads in 1923, participating in greater numbers in the 1940s as college-aged men went off to war. In this decade, cheerleading started to feature tumbling and acrobatics. Competitive cheerleading was introduced in the United States in the 1970s.

Today, both sideline and competition routines incorporate advanced tumbling, stunts and pyramid building alongside cheer and dance. The athleticism, skill and commitment is the same.

Cheerleading in Australia never reached the same mainstream popularity as in America. Female supporters banded together in the 1960s to form a cheer squad for the Carlton AFL club, but it never truly took off in the sport.

Cheerleading today has its Australian home in the NRL and the National Basketball League.

But as in America, Australian girls and women are increasingly becoming the team — not just cheering on the team from the sidelines.

Founded in 2016, Australia’s All Star Cheerleading competitions are gaining popularity and reach, now with over 60,000 registered competitors across the country, who show off their skills in complex routines featuring gymnastics, dance, pyramids and acrobatics.

In 2017, competition cheerleading was granted provisional Olympic status, putting it on the path to being an official Olympic sport as early as Paris 2024.

In popular culture, cheerleaders continue to be cast as a trivial diversion to the real athletic performances on centre field. They are shown as two dimensional bimbos in pornography, and they are often portrayed as vapid and shallow in movies.

This reputation is slowly being recast, in part thanks to the popular Netflix docuseries Cheer. Following the co-ed team of a community college in Texas as they train for the national competition, the show highlights the sacrifices these athletes have made, and the high stakes for their physical health.

Cheer celebrates powerful images of the cheerleader by focusing on their athleticism, and their commitment to train, rehearse and perform to a competition level.

Cheerleading can reinforce the notion of sport as a masculine domain if the women involved are treated as a titillating sideline act. But cheer squads can also challenge gender ideals by celebrating women’s athleticism, skill and professionalism.

Cheerleading is a very physical – and potentially dangerous — activity, which requires both finesse and strength.

Rather than remove cheerleaders from the field, we should celebrate their athleticism and embrace it as a sport in its own right: moving away from the skimpy outfits and dancers, towards the physical athleticism of competition cheer.

Let’s challenge the status quo by dropping the eroticised messages that devalue cheerleaders but respect their contribution to their clubs, community and the game-day spectacle.

When cheerleaders are positioned as sexualised adornments alongside the “true” athletes playing rugby league, young boys and men are taught it is okay to treat women as objects.

When they are positioned as athletes, their physicality appreciated and respected, cheerleading can provide these women (and increasingly men) with paid work and a respected place on the sporting field.

As the football season begins, let’s not be too quick to cancel the cheer.