Call for a diverse national forest 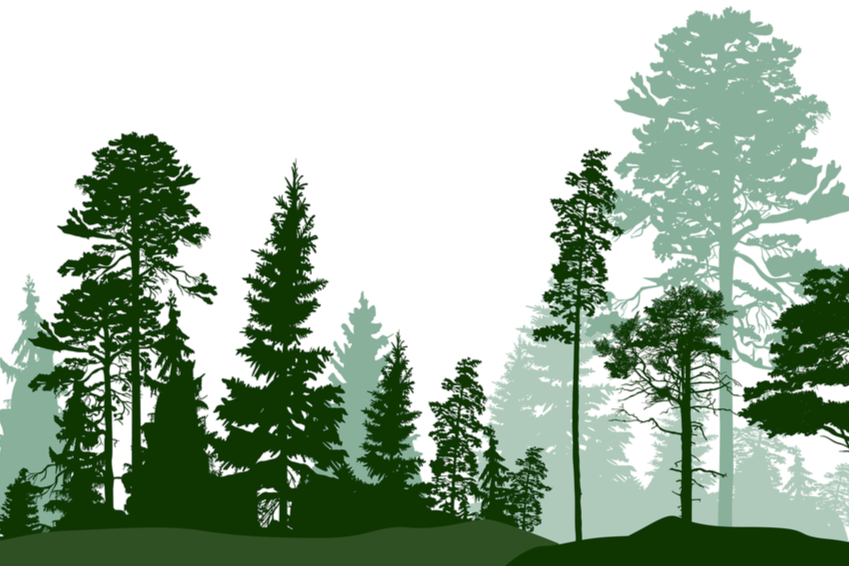 Perhaps, when it comes to forests and climate change, we've got the wrong end of the stick.

We talk about forests almost entirely in regards to climate mitigation, through their capacity to remove carbon dioxide from the atmosphere as trees grow. Carbon sequestration by plantation forests currently offsets nearly one-third of New Zealand's greenhouse gas emissions, which helps us meet our international obligations.

But we don't only have obligations for climate mitigation. The 2015 Paris Agreement has three pillars, which also include climate adaptation and climate finance.

Climate adaptation means preparing communities and infrastructure for the effects of a heating world. Climate finance means redirecting financial flows, both domestically and internationally, toward projects and activities that deliver mitigation and adaptation benefits.

​Happily, forests can support all three outcomes, at least when the right trees are in the right place for the right purpose.

Forest investment is a kind of climate finance, a flow of money into carbon sequestration for timber and credits. Tree planting also contributes to climate adaptation by enhancing the resilience of our landscapes – by reducing erosion, sedimentation and soil loss, and improving water quality and flood regulation. As extreme weather events become more frequent and severe, integrating trees into the landscape is a crucial defence, reducing risks to public and private property, and enriching native biodiversity.

However, the three pillars of climate action don't always overlap. Over-prioritising one outcome can compromise another.

If we only care about rapid mitigation, then we want as many fast-growing trees as possible. In New Zealand, this typically means Pinus radiata, because it is quick to grow and cheap to plant.

But it's far from obvious that blanketing the country in Pinus radiata is the right move from an adaptation perspective.

For resilient forests, the key word is "diversity". Ideally, forests should have a diverse species mix, plus a diverse age range.  When hazards strike – when a forest catches fire, or a storm blows through, or a new pest or disease arrives – diversity means some trees are more likely to survive than others. The storm may blow over older trees, but not shorter, younger ones. A disease may attack some tree species, but leave others untouched.

With the world already heating, we can't avoid climate-related hazards entirely. But we can reduce the risk that hazards become catastrophes.

This is vital for forest owners. If they lose a plantation forest before it is harvested, they lose future timber sales. If they lose a permanent forest grown for carbon credits, they face serious liabilities for the credits they must pay back.

But resilient forests are also vital for New Zealand as a whole. If we rely on forests to meet our emissions targets, yet create an even-aged monoculture that spans the country, the risk of catastrophic forest loss is high.

Consider the recent outbreak of mountain pine beetles in North America. In British Columbia alone, it's estimated that 270 million tonnes of carbon were lost, which turned the region's forests from a carbon sink into a carbon source. If something like this happened in New Zealand, our targets get harder to meet.

What we really need is a diverse national forest, using different kinds of forest and different forestry systems. From an adaptation perspective, we need to spread our risks.

One route is a landscape approach, where trees are aligned to the particularities of the landscape, and to the values of the communities who live there. This is an approach that the parliamentary commissioner for the environment endorsed earlier this year, and that I explored in my 2018 report, The Interwoven World.

Enabling a landscape approach has its challenges. The Emissions Trading Scheme is a blunt instrument, because it rewards only one of the many benefits – carbon sequestration – that forests can provide. Consequently, we need greater innovation from the policy and investment communities, because we can't ask landowners to rush headlong into forestry systems that are too risky or marginal to sensibly contemplate.

The One Billion Trees Programme is a start, but New Zealand needs further incentives, financial instruments and advisory services to give landowners the capabilities to plant trees that suit their needs – whether for erosion control, riparian restoration, continuous cover, kaitiakitanga, biodiversity, or resilient carbon sinks.

To be sure, a landscape approach is unlikely to produce optimal rates of short-term sequestration. But it still creates carbon stores over the long term in the form of forests that people are willing to live with and look after.

While some claims by 50 Shades of Green protesters need to be taken with a grain of salt, they show that rural communities are unlikely to want a "sea of pines", which means it's unlikely that one will get planted. And a tree that doesn't get planted can't sequester as much carbon as a tree that does, even if it is a slow-growing native.

Forests are a vital response to the twin crises of climate change and biodiversity loss. We need to plan around these wider benefits, even if it means facing up to the inconvenient truth that only reducing our emissions – and not merely offsetting them – will stave off the climate crisis.

This opinion piece was first published by Stuff.