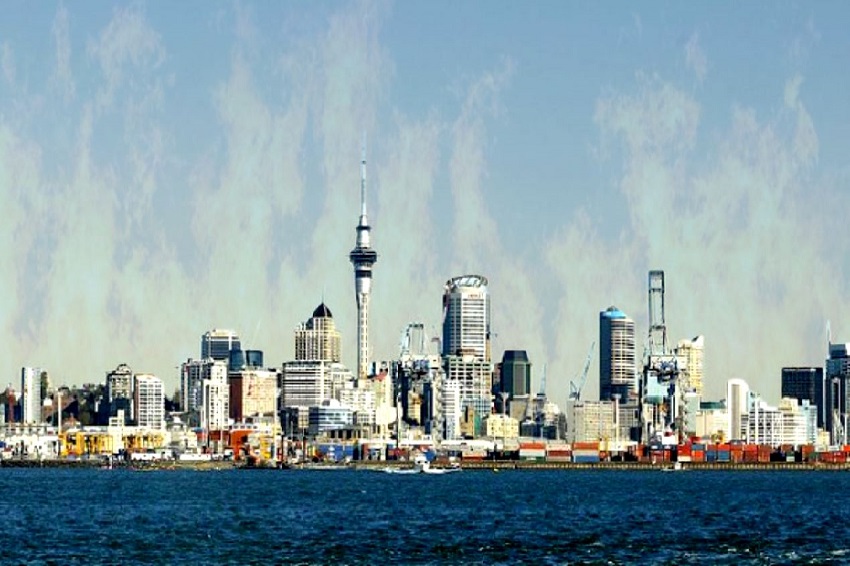 Across Auckland, businesses are on the brink of collapse.

The government has pledged to announce tomorrow long-overdue economic support measures to relieve the burden on Auckland’s people-facing businesses. These businesses have taken a massive eight week – and counting – financial and personal hit in order to help protect our team of five million. Creative destruction improves economies by replacing weaker firms with stronger ones. Allowing otherwise healthy firms to wither and die through no fault of their own is needless destruction, not creative.

The government can’t be said to have gotten ahead of this issue. Early in the lockdown it stuck to the wage subsidies and resurgence support payments that seemed to work fine in 2020, even if delta is the “gamechanger” that our leaders say it is. Businesses welcomed the support – something beats nothing when you are treading water. From the outset, however, it was clear that many businesses had negligible revenue, but sizeable ongoing overheads that needed to be financed out of personal resources, such as through business owners mortgaging their family homes. With no end in sight.

Despite urgent cries for much-needed additional support from businesses most affected, such as Auckland’s crippled hospitality sector, the government stuck to its guns. While claiming to hear businesses, the consistent refrain was that the economy is resilient, as if the businesses bleeding money were in fact fine (or we should be unconcerned if they were not – the needless destruction thing). A bit like saying over 99.9% of New Zealanders don’t have Covid – ie that New Zealand’s population health is resilient – so we shouldn’t worry about the virus. Great spin, but missing the point.

The urgent cries from businesses then became persistent and more widespread cries. In the spirit of too little, too late, and too irresolutely, the position became that officials were working on possible extra support measures for the businesses most affected. As if the 14 months from the end of 2020’s nationwide level 4 four lockdown to the start of the current restrictions wasn’t enough time to prepare for Covid 2.0. Or to see what was coming our way by looking overseas. Hesitatingly fighting fires – not cutting firebreaks ahead of the inevitable fire season.

At Monday’s post-cabinet briefing, the government at last committed to Friday as when Auckland’s most affected businesses can expect a lifeline. At least those that are not already too far gone. And assuming road-ready measures will be announced. Not just another plan or roadmap.

So what is needed? For starters, less “she’ll be right”. A clear recognition of the scale of the problems experienced by the most affected businesses would be useful. More fundamentally, additional support measures need to offer an effective lifeline – not just disdainful half-measures. Bluntly put, if the government tries to put out an impending business bonfire with just a garden hose, it might as well save its water.

Enabling the affected businesses to cover their rental costs – one of the most sizeable overheads for many – without burning through owners’ remaining resources would make a huge difference. Last year’s lockdowns meant many public-facing businesses had already exhausted large parts of their reserves. They went into this year’s lockdowns much weakened, and many will have to be wondering how long they can continue. Businesses’ future will increasingly be measured in terms of how many weeks’ rent owners can afford to pay, given crisis revenues for the foreseeable future.

Passing the buck to landlords by expecting them to grant rent relief to badly affected tenants reveals an ideological dislike for property investors as much as it shows a plan. Landlords have bills too. If they can’t pay them – such as their own mortgages – then who gets the hot potato next? Banks? Banks’ depositors? Is this even a solution?

What about cash grants? Targeting obviously matters – how do we tell who really needs rent support from who doesn’t? Limiting grants to precise business types reduces the fiscal cost of getting this wrong. That means grants can be more generous, ie actually useful. But offering miserly one-size-fits-all grants on the basis it isn’t possible to effectively target them would limit the government’s fiscal exposure, but also be a wasted effort (the garden hose for a bonfire thing).

So how to better target support while offering affordable support that will actually work? Ensure the support is proportional to need, and rely on businesses’ incentives to access support only if they need it. I proposed precisely such a scheme to the Treasury in April 2020, and then detailed how to make it work in a policy paper published in peer-reviewed economics journal (and in an open-access version). It was recently suggested as a possible measure for the UK to explore.

My proposed scheme is like an initially-free and easy-to-repay overdraft, with a funding limit based on businesses’ pre-covid revenues (which would typically be enough to cover all business costs, not just wages and rents). Before objecting that overindebted business owners don’t need more debt, consider two details. The first is that this scheme only requires repayments, as and when businesses’ have future revenues – a bit like student loans. This makes them less like debt, and more like equity. Certainly my scheme has no hard repayment dates, which make conventional loans a risky gamble amid an ongoing pandemic.

However, any support is ultimately to be repaid. This ensures that businesses access support only if they need it, and can see that it will make a difference. Why would they choose to face higher taxes on their own future revenues otherwise?

The second detail is that if the choice is between this scheme on the one hand, and repeatedly inadequate cash grants (maybe) on the other, which offers a lifeline, and not just a delay of execution? Reality bites.

Why bother? First, to avoid a needless bonfire of businesses that are going under to keep our community safe, not because they are bad businesses. Ultimately, this is the only way to protect the jobs those businesses support (wage subsidies and resurgence support payments don’t do this, even if they are intended to). Second, to support our public health response. With more cost-effective economic support measures in place, businesses can endure lockdowns for longer. That buys time to catch up on vaccinations and maybe increase ICU capacity. (Remember the 14 months we didn’t take advantage of?) Ultimately, it avoids needless economic and human pain.

This article first appeared in The Spinoff