A technique popular in yoga classes has been shown to affect brain activity by researchers at AUT’s BioDesign Lab. The research is a collaboration between AUT and the New Zealand College of Chiropractic (NZCC).

The research, led by research fellow and Director of Research for NZCC, Dr Imran Khan Niazi and Associate Professor David White, shows that changes in brain activity can be measured in response to yogi nasal breathing. The technique, familiar to many yoga devotees, of breathing through only one nostril at a time has been shown to alter the activity in the brain.

Associate Professor White, who is Co-director of the BioDesign Lab, says this first stage of research confirms the relationship between unilateral nasal breathing and brain activity and paves the way for further research. “We can see that this process, using our device to regulate the pattern of breathing, is a big leap forward in potential therapies.

“There is a spectrum of health outcomes breathing protocols could deliver, including clinical treatment and potentially enhanced mental and physical performance. Initially we are exploring the treatment of brain disorders including depression, but this treatment could be used to help autistic people, as well as those with degenerative diseases or traumatic brain injuries.”

The research used the BioDesign Lab’s RACer system to regulate the airflow between each side of the nose over 10 minute periods, capturing electro-encephalogram (EEG) data. RACer is a medical device that delivers breathing therapy to the patient, without needing to physically hold the nostrils with the hand as in yoga. 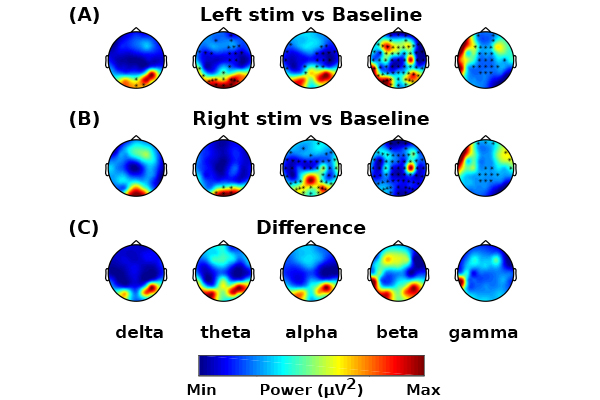 “Our focus is on patient outcomes,” says Associate Professor White. “We now can show a link between the act of breathing through one nostril at a time on brain activity and this opens up exciting treatment options.

“We are working to develop a way to use an algorithm alongside a medical device with RACer that provides feedback on brain activity performance and through an algorithmic feedback loop adjusts its breathing therapy over time.”

The research was published in Nature: Scientific Reports in January 2022.