Created alongside Antarctic Heritage Trust over two years, the virtual reality (VR) experience will allow the public to virtually explore Sir Edmund Hillary’s hut in Antarctica and learn about how the 23 men of Sir Ed’s team lived and worked in the world’s most extreme environment more than 60 years ago.

AUT scientists and designers worked closely together to create this unique VR experience. AUT DroneLab scientists went to Antarctica to take pictures and 3D scans of the hut and School of Art and Design digital designers put the data together.

The result is an immersive experience where users can tour the five rooms of the building, viewing hundreds of artefacts from the early years of New Zealand’s Antarctic programme and learn more about New Zealand’s first presence in Antarctica.

AUT DroneLab scientist Professor Barbara Bollard, who helped collect the data to create the virtual reality, says it was a privilege to be involved in bringing the heritage site to life.

She says, “It’s one thing to read about a place or see photos, but to interactively walk around and experience it as if you are there, really cements the connection. It creates a greater awareness and appreciation of the importance and value of these places.”

Head of Digital Design and AUT XR Lab Gregory Bennett says it was an exciting opportunity for AUT students and researchers to work on a real-world project at the cutting-edge of how new technologies can bring important heritage sites and their stories alive for the public.

“Virtual Reality has been described as an ‘empathy tool’ in the way it can literally place you in another environment or another person's experience through its ability to situate the participant in a fully enveloping 360-degree navigable environment.”

Antarctic Heritage Trust’s General Manager Operations and Communications Francesca Eathorne who oversaw the project development, hopes thousands of New Zealanders will take up the opportunity to explore the hut virtually.

“Virtual reality allows people to visit these important sites without travelling there, which is expensive and difficult to do. Hopefully the fascinating stories of what Sir Ed and his team achieved will inspire people to explore.”

“This project will bring a unique Antarctic experience to thousands of people who otherwise could not get there. Sir Ed’s hut is part of the rich history of Antarctic exploration and we will be taking this experience to as many of our residents as we can. I am sure they are going to love it.”

The project was also supported by Antarctica New Zealand and Staples VR. The launch was held at Sir Edmund Hillary Collegiate in South Auckland.

New Zealanders will be able to experience the VR through selected exhibitors; a version of the full experience is available for free via Antarctic Heritage Trust’s app and the gaming platform Steam.

How to view the VR experience 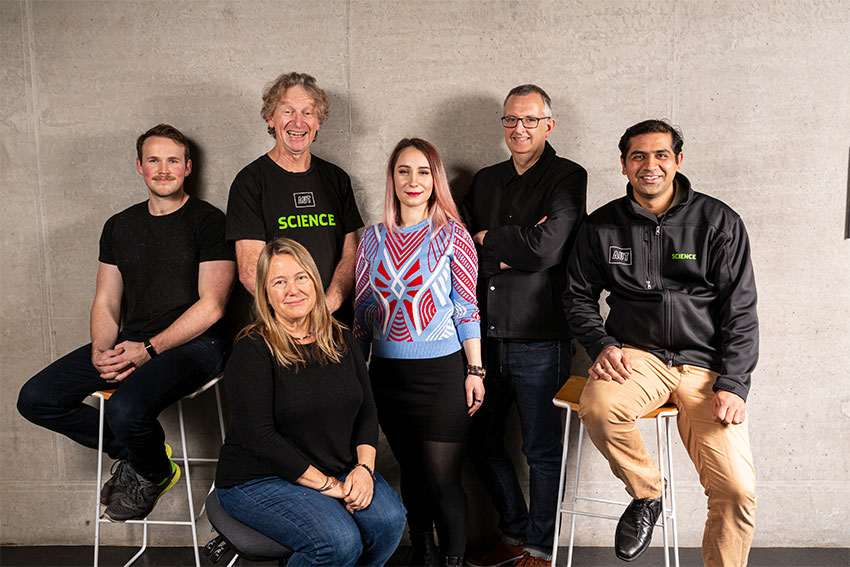 AUT DroneLab - The AUT team that collected data for this project includes Professor Len Gillman, Ashray Doshi, and Melinda Waterman. The science students that worked on this project are Julia King, Ryan Smith and Rose Nichol-Foster.

Putting the VR experience together

Read more from the AUT team about the work that went into the project from collecting data to building models: