The masculine discourse of men who knit

Men who knit use language on social media that justifies their participation in the craft.

This was the main finding of a recent master’s thesis into the discourse within global social media platform Reddit’s r/knitting community.

The researcher, Angela Desmarais, became interested in the subject after coming across a website called The Straight Male Knitter.

“I found it really fascinating the way this guy was performing his masculinity,” Desmarais says.

“He was talking about close shaving with a razor and drinking whisky ... and then he’d post a photo of this intricate lace shawl he was making.”

For her Master of English and New Media thesis with AUT’s School of Language and Culture, Desmarais decided to look more closely at how men who knit talked about gender and identity online. 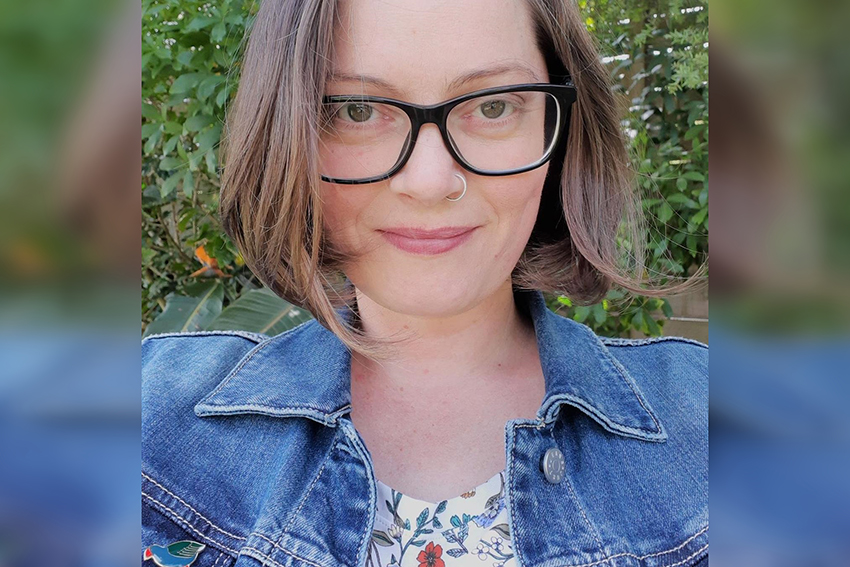 When she delved into and analysed the threads, she found that the Reddit knitting community sought to justify men’s involvement in the craft and minimise the stigma experienced by men who knit.

Men’s reasons included references to soldiers knitting and claims to masculinity, which were often achieved through metaphors of warfare.

Desmarais found that men would often identify themselves with their gender and age, in solidarity with others, using words like: “Fellow fellow knitter here!”

Symbols such as /s and the tilde ~ were used to indicate sarcasm, with knitters saying: “I make sure that when I knit in public, I wear my 49ers jersey, open-carry holster with my S&W 45 auto, deer urine and camo face paint. /s” and “wow a ~man~~”.

Desmarais also found a discourse of empowerment, where men were encouraged to be openly male and were reassured, mostly by women, that their sexuality is not compromised by being a man who knits.

In fact, they were viewed as “marriage material” which demonstrated a heteronormative viewpoint by the women in the threads.
Desmarais found there was a big difference between the discourse of gay and straight men in the threads.

“They weren’t treated the same,” she says. “It was almost expected that effeminate men would be part of this space.”

“Overwhelmingly people were being encouraged to be there, and empowered to participate,” she says.

On occasion, women would challenge the men as to why they needed their own forum: “because bros are constantly bombarded with hatred and ridicule for everything they do! Let them have their safe space. It’s not like they already run the dang world.”

The thesis also looked at how the concept of a glass escalator applied to men who knit.

“If you are a man in a field dominated by women and you do well, then you get on that escalator and you ride straight to the top,” Desmarais says.

“Men were often seen as receiving a disproportionate amount of praise for their work.”

She says gender is a social construction that is being upheld in the language that we speak.

The Reddit threads were happening at a particular moment in time when the general societal view was that knitting is something women do. But it wasn’t always this way.

Back in the 13th century, knitting was done only by men, and they trained for six years in order to be admitted into a prestigious guild.

When machine knitting was introduced in the 1800s, smaller machines were created for women and they were able to knit at home for extra income, she says.

This was when the industrial revolution took off and hand knitting became seen as more of a hobby than a trade, done in the home by women.

“Because of that it was less valued,” Desmarais says.

She suggests that by increasing the visibility of men who knit, other male knitters will be encouraged to participate openly in the craft, in turn minimising the stigma over time.

“Now we are seeing this revival, with the participatory culture of social media enabling people to connect with others from around the world and have these shared experiences.”