The Global Burden of Disease (GBD) study reveals that New Zealand’s rate of mortality from motor neuron disease is 2.2 deaths per 100,000 inhabitants – ahead of Australia and the U.K.

Research is required to determine the contributing factors. Although, it may be linked to genetic predisposition, particularly among Māori and Pacific peoples. In 10 per cent of cases, the disease is known to be inherited.

The GBD is the world’s largest systematic, scientific effort to qualify the magnitude of health loss from more than 300 major diseases, injuries and risk factors – by age, sex and population. With 3,600 collaborators in 145 countries, the study has helped transform healthcare policy. It is coordinated by the Institute for Health Metrics and Evaluation (IHME) at the University of Washington.

Hon David Clark, Minister of Health, commends the important work of the GBD at the #AUTbrainsummit

Professor Valery Feigin is a world-renowned neurologist and Director of the National Institute for Stroke and Applied Neurosciences at Auckland University of Technology (AUT). He also co-chairs the neurology section of the GBD, helping coordinate six expert panels with more than 400 members around the world.

“The GBD identifies trends in health loss. While it doesn’t tell us why New Zealand has the highest mortality from motor neuron disease, it helps set priorities for health research and funding around the globe,” says Professor Feigin. “We knew that neurological disorders were prevalent, but we didn’t realise how big the problem was or just how fast it was growing. That is why we decided to host the brain summit.”

Yesterday, neurology experts from around the world gathered for the Global Burden of Disease Brain Summit in Auckland. The one-day event was a collaboration between AUT, the GBD and The Lancet Neurology. It was the first time GBD estimates on neurological disorders have been collectively analysed and discussed by an international community. A special series of papers in The Lancet Neurology was also released at the summit. 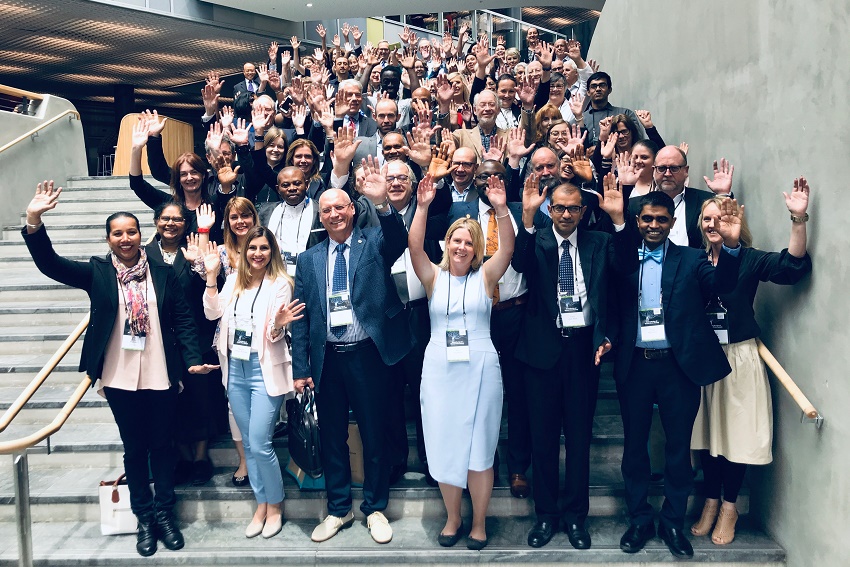 “Neurological disorders are the leading cause of disability and second cause of death worldwide. And, the problem will only increase because of the ageing population and population growth,” says Professor Feigin. “Healthcare services are overstretched. In New Zealand, the waiting time for a neurology consultation could be more than a year. We currently have 36 full-time equivalent neurologists, but according to our estimates we need 86 full-time equivalent neurologists.”

“Without global cooperation in the research, treatment and prevention of neurological disorders, we will not see any significant improvement. And, without urgent action, the whole healthcare system could be under threat,” he says.

You can still watch the Global Burden of Disease Brain Summit online. Go to the live stream page on Vimeo and click WATCH AGAIN. Find out more about the event programme and speakers.

Join the conversation at #AUTbrainsummit.