Democracy in New Zealand is suffering from a Parliament which under-performs in its scrutiny of human rights.

Parliamentary Scrutiny of Human Rights in New Zealand: Glass Half Full? is the result of a research project undertaken by AUT Professor Judy McGregor and The University of Waikato Professor Margaret Wilson over two years. It was funded by the New Zealand Law Foundation.

The current climate of declining political trust, poor parliamentary behaviour and the way laws are made, as well as insufficient parliamentary scrutiny of human rights contributes to a dynamic of fractured politics, the report says.

It calls for a new style of politics in the New Zealand House of Representatives that fosters dignity and respect for everyone inside and outside of Parliament.

“Public engagement in submissions to select committee needs to be improved as it is the jewel of the New Zealand parliamentary system,” Professor McGregor says.

“Members of the public who make written submissions need to be guaranteed the right to be heard and answer questions and to have a minimum time period. They don’t need to be told that because there’s no time or there’s too many submissions, they can’t have a say.” 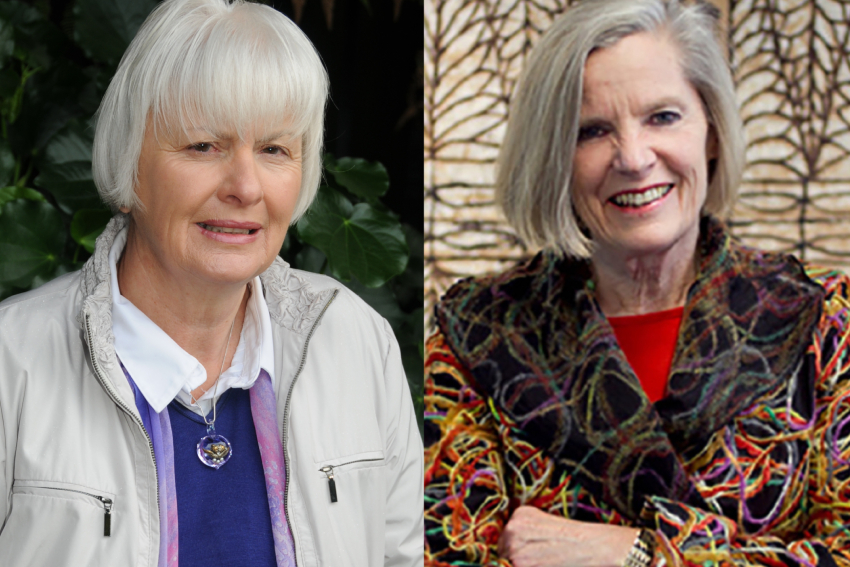 PROFESSOR MARGARET WILSON OF THE UNIVERSITY OF WAIKATO AND PROFESSOR JUDY MCGREGOR OF AUT.

Select committees could increase their hours of work or sit at different times, she says.

The Attorney-General should report at the beginning of each new Parliament on legislation previously introduced that breached human rights and recommend whether it should be repealed.

“All laws with provisions that breach human rights obligations should have a sunset clause of three years for such provisions,” Professor Wilson says.

“If there is a report to Parliament indicating that a bill breaches the Bill of Rights or other human rights then the breach should trigger a special parliamentary vote.”

The 25 recommendations in the report address policy formation before legislation is introduced, parliamentary processes, select committee scrutiny and the role of officials and agencies like the New Zealand Human Rights Commission.

The report supports calls for a parliamentary code of conduct and believes parliamentary debate of major human rights treaty reports on New Zealand’s record after examination by the United Nations is overdue.

It recommends increased resourcing for private members bills that are drawn from the ballot and wants Green and White papers to allow full analysis of substantive policy changes before legislation is introduced.

The training of departmental and parliamentary officials, new Members of Parliament and chairs of select committees, in New Zealand’s human rights obligations and how they affect law-making, is raised in the research.

It should produce an annual guide for parliamentary and public use and the commission could be requested to advise select committees.

Most importantly, to improve the perception of independence and increase their mana, human rights commissioners need to be designated as Officers of Parliament, like ombudsmen.

The report is based on interviews with Members of Parliament, parliamentary officials and on five case studies of legislation passed before and during the current parliamentary term.

The researchers also appeared before a select committee on a bill before the House. The researchers submitted to the Standing Orders Review and were heard on December 5, 2019.