One of New Zealand’s most recognised painters, Max Gimblett, ONZM, has accepted an Honorary Doctorate from Auckland University of Technology for his outstanding and sustained contribution to the arts.

His work is represented in major collections around the world, including the Museum of Modern Art, New York, the Solomon R. Guggenheim Museum, New York, the National Gallery of Australia, Melbourne, the Queensland Art Gallery, Brisbane, and our own Auckland Art Gallery, Christchurch Art Gallery, and Te Papa. Max attended AUT (at that point the Seddon Memorial College) in the 1950s, where he studied management.

“Following my studies at King’s Prep and Auckland Grammar, I attended ‘Money, Banking, and Finance’, a three-year night class at Seddon Memorial College and graduated as an Associate of the New Zealand Institute of Management. This quickly led to a position as a textile salesman in London at Samuel Courtaulds & Co., and more importantly, set me on a lifelong path of international travel and experience, during which I found myself as an artist and realized my wildest hopes and dreams. I never failed to return to my beloved New Zealand each year, many times more than once.

“None of this would have happened without the night class at what would become AUT. I look forward to this ceremony, to receiving this tremendous honour, and to interacting with the faculty and students of New Zealand’s leading educational institution, during the two sumi ink workshops I will be leading at AUT during this visit,” said Max.

Influences as varied as Abstract Expressionism, Eastern and Western spirituality, and Jungian psychology can be found in his rich and inventive work.

Gimblett is most recognised for shaped canvases, particularly the quatrefoil, but also the oval, rectangle, tondo, and keystone, each shape rich in associations and meanings.

It was the quatrefoil Max chose for his project The Art of Remembrance: each solid brass quatrefoil a symbol for each kiwi solider who served in the First World War. These were individually screen printed and then displayed on the exterior of St. David’s, the Soldiers’ Memorial Church in Auckland, before being sold to collectors around the world to raise money in support of the restoration of St. David’s church and in recognition and memory of New Zealand’s First World War soldiers. Max feels a deep connection to St. David’s, the church of his childhood, and to its minister at that time, The Very Rev. Owen Baragwanath OBE.

AUT Vice-Chancellor, Derek McCormack looks forward to awarding the Honorary Doctorate to Max in person when he is in Auckland in March.

“Max Gimblett’s work personifies all that is contemporary, complex, diverse and impactful – traits AUT strives to embody in the education space – so it is a privilege to recognise him with an Honorary Doctorate,” said Derek.

During his visit to New Zealand Max will be hosting Sumi Ink workshops at AUT that are open to the public (Sumi-e is an ancient form of Japanese ink painting spiritually rooted in Zen Buddhism). 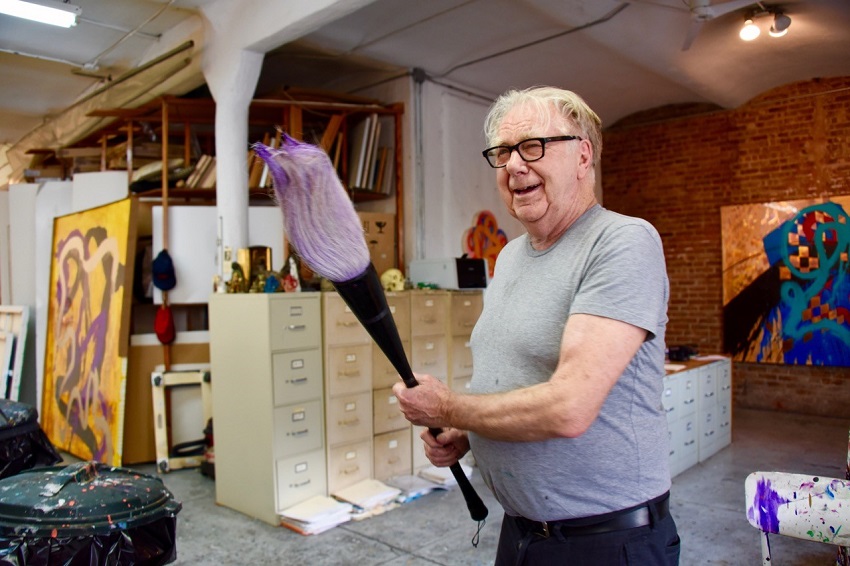 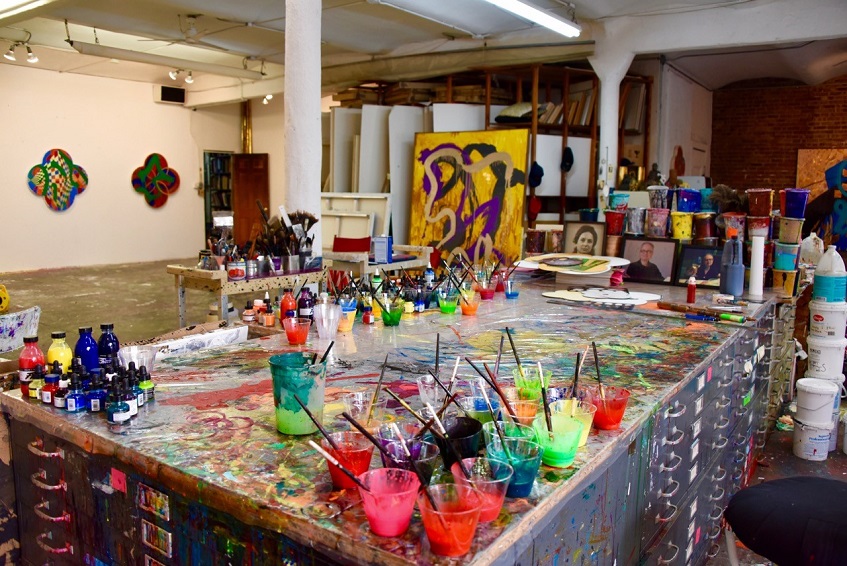