Guled Mire says his new Fulbright NZ scholarship to study at an Ivy League university sends a strong message to other refugee kids that they can believe in themselves.

The well-known policy advisor and advocate for ethnic communities graduated from AUT with a Bachelor of Arts in 2013, majoring in international studies and policy.

Now he will take up his award, initially studying online, at Cornell University after being awarded a Fulbright General Graduate Award.

“Getting this Fulbright scholarship means a lot. Growing up, I was a high school dropout and since I was young I’ve had messages instilled in me telling me I was not good enough for university.

"It sends a strong message to other refugee kids growing up in the country that they too can do it. I'm really excited to be helping to help shape and inspire the next generation of youth who are growing up in this country.”

Guled says New Zealand likes to consider itself as a country that is free of bias and discrimination.

“Perhaps it's not as overt and open as it is in places overseas, but when you start to dig deeper you start to realise that isn't the case,” he says.

“I want to look at that and I want to explore how that informs the narratives around discourse, around race, ethnicity and so forth – and I want to actually influence our policy direction.”

Guled’s path to academic success was not a given, however.

As a toddler he fled from Somalia to Kenya with his mother and eight siblings, where they spent time in a refugee camp. Four years later, Guled’s family was fortunate to resettle in New Zealand.

Escaping Somalia’s civil war was lifesaving, but the relocation to Hamilton presented new battles for the youngster in the form of racism and negative stereotypes.

Chased by skinheads and told by school teachers that university was not a place for people like him, Guled says he began to internalise these negative messages and wider societal stereotypes of people from refugee and ethnically-diverse backgrounds.

"Those messages that were relayed to me when I was growing up impacted me, in terms of having confidence in my own abilities,” he says.

“I want young kids to see my success and, I hope, believe in their own abilities - regardless of those negative messages passed down, either unintentionally or intentionally.” 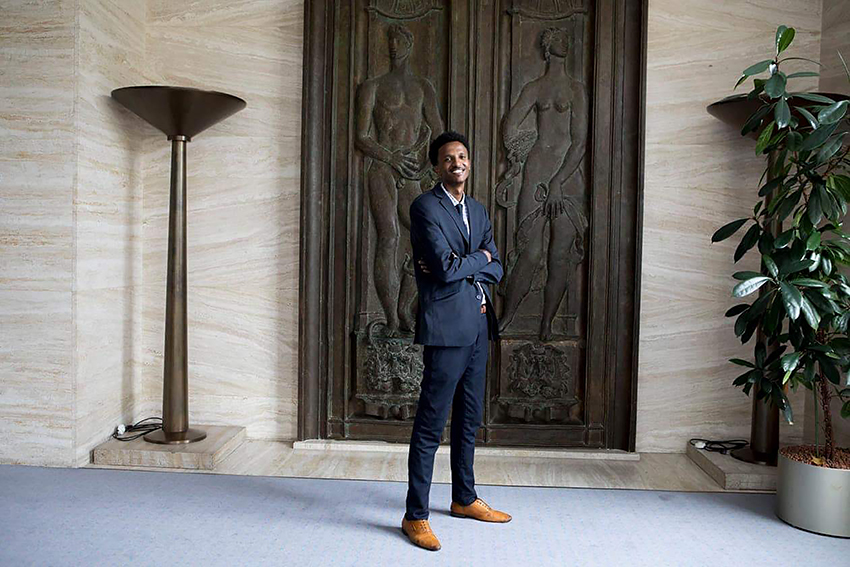 His thinking changed when he later visited Africa again. The trip instilled a new sense of inspiration and he returned to New Zealand and attended AUT.

Education opened doors and opportunities. He developed a keen interest for research and became involved in a highly-publicised study with AUT Associate Professor Camille Nakhid on African youth experiences with the New Zealand police and within the justice system.

Guled went on to spend years as a senior public policy advisor in the public service, as well as volunteering in community and governance roles.

"It sends a strong message to other refugee kids growing up in the country that they too can do it. I'm really excited to be helping to help shape and inspire the next generation of youth who are growing up in this country."

Third Culture Minds recently launched a three-episode mini-documentary series, with the support of the Mental Health Foundation of New Zealand.