Auckland University of Technology (AUT) has joined 45 national and international partners on a massive 10-year research programme on ways to utilise the ocean for aquaculture and energy production.

The Blue Economy CRC is an Australian A$329 million project combining expertise on seafood production, renewable energy and offshore engineering. It is underpinned by a A$70m cash investment from the Australian federal government.

Australia’s Cooperative Research Centres are interdisciplinary research programmes between research institutes, industry and the Australian government charged with finding solutions to major challenges; in this case sustainable food production and renewable energy sources.  They bear a resemblance to New Zealand’s National Science Challenges with the addition of significant input from industry partners.

The ‘Blue Economy’ is an emerging concept which encourages better stewardship of our ocean or ‘blue’ resources.

The Blue Economy CRC is led by the University of Tasmania, where Associate Professor Irene Penesis has been appointed as Research Director. It is the largest ever CRC with five distinct research areas; offshore engineering and technology, seafood and marine products, marine renewable energy, environment and ecosystems, and governance, policy, business development and communication.

The focus of the first five years of the program will be developing and testing new offshore aquaculture and renewable energy technologies, which will then be brought together on a single platform to demonstrate the economic and environmental benefits of co-location, says Associate Professor Penesis.

AUT is New Zealand’s core research partner in the CRC with AUT Associate Professor, Dr Lindsey White appointed as deputy leader for the seafood and marine products programme. New Zealand King Salmon is also a core partner, with Plant and Food Research and the Cawthron Institute the other main New Zealand based research partners.

Associate Professor White says the funding will be used to innovate and transform how we utilise our oceans for sustainable food and energy production.

“Australia and New Zealand combined has the second largest exclusive economic zones on the planet (behind the EU), giving us huge access to offshore marine spaces and resources. Involvement in this CRC gives us the opportunity to integrate aquaculture of numerous species, including fish and seaweed, with marine-based renewable energy generation.” 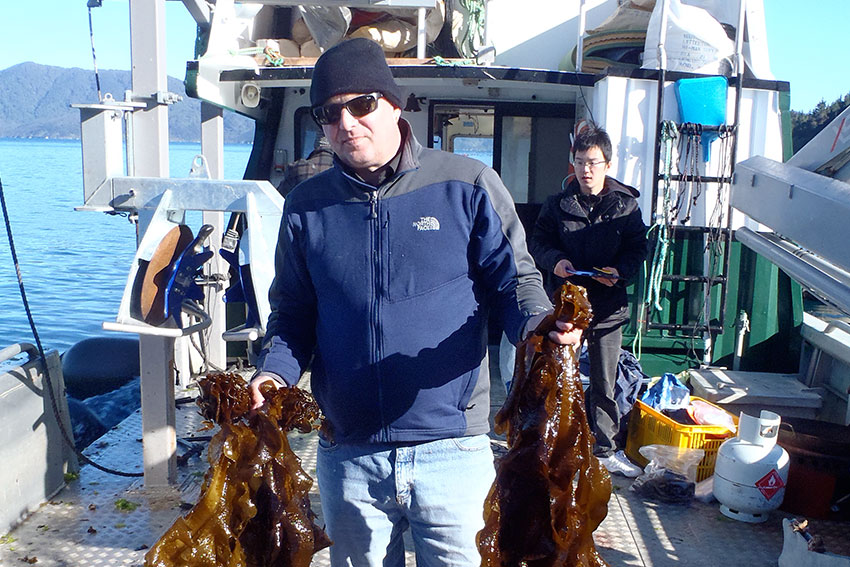 Fish farm operators worldwide are moving their farms offshore to take advantage of larger spaces, better water quality to produce healthier fish and lower water temperatures in the face of warming temperatures. The unique opportunities that this CRC will investigate is partnering aquaculture with energy production, a first in the world to date.

The centre will include 50 postdoctoral fellowships, and 50 PhD scholarships spread across the five different research areas including several at AUT.

Associate Professor Penesis says the new CRC will translate new developments in science and technology into commercial activity in ways that support our industry partners to create advantage in this evolving market.

“The offshore research platform will act as a living laboratory where we can vertically integrate renewable energy and aquaculture technologies with other engineering activities, such as autonomous and remotely-operated vehicles, in a proof of concept for how we could operate in the future.

“It will be the first offshore research platform of its kind in the world and we’re confident that it will deliver ground-breaking research alongside commercially viable new materials, concepts, prototypes and monitoring systems – all informed by best practice and delivered in an environmentally sustainable way.”