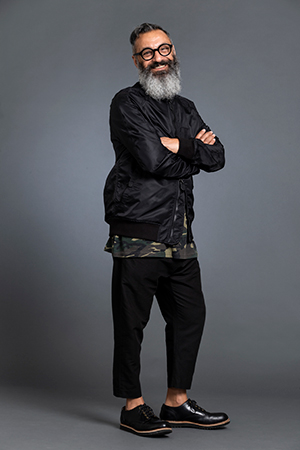 He will step into the shoes made famous by his US-counterpart Tim Gunn – mentoring the contestants as they work on their designs each week.

It is the first time the competition has occurred in New Zealand.

Mr Mikellis was originally asked by producers to be a consultant, but then they asked him to be a part on the show.

"I had no inclination to be on television. Then I met the designers for an interview session and I just thought they were a fabulous group. I kind of realised they were such an interesting bunch of creative people and how true and authentic the programme was going to be – something that was very important to me, " he told Stuff.co.nz

"I was very open with them, because really it was the only way I could work with them. Being guarded and protected would have meant the mentoring relationship wouldn't have worked. You need to be open and honest. If things have pissed you off, then say it, and if you're really happy about stuff, then you work with it. And if things are bad, you try and support them. So I guess I am quite Tim Gunn-ish then."

The show is set to air in September, but a date has not been announced.