As the cold weather closes in thoughts turn to taking a break from the work routine and grabbing time to recharge.

Putting a bit of distance between you and the office could involve heading away on holiday. 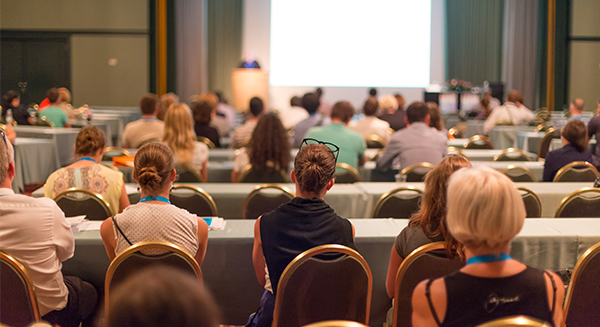 For academics, escaping the winter, passport in hand, often entails heading to conferences. Those outside of universities see it as an envied perk of academia, and I'd be the first to admit I've had some amazing travel experiences as a result of conference travel. It was pure serendipity last year that I walked into St Peter's Square with Pope Francis about to celebrate his final open-air mass for summer.

As my own career has evolved, time away from the office at conferences has increasingly been about creating some headspace - headspace to consider complex global trends impacting my sector and to think of possible ways to serve student customers better.

Distance has its benefits too, allowing contemplation of things going well or not going well, and gaining perspective on people's interactions and responses. And an awareness that it is best not to return with too many new ideas to implement all at once.

Some of my best conference experiences have been of the fly-in-and out kind. It's kept me focused on work rather than mixing it with home or family life.

This can be an issue if you're heading to a conference in your hometown - the competing demands on your time make it difficult. However, a conference somewhere exotic can have you feeling that you should be out seeing the sights - FOMO.

Writing in the Harvard Business Review, marketing strategist Dorie Clark suggests choosing a conference that will balance your bonding and bridging capital.

It sounds impressive but what he means is working out how much you need to bond (mix with people like yourself), or bridge (connect with others who are different). The same tribe might not always be the right tribe despite how much you might enjoy hanging out with them during the social get-togethers.

Planning ahead to look at who will be attending and arranging meetings with key people is worthwhile.

The combination of negligible time zone differences and the likelihood of running into people in my work circles make an Australian conference a good deal for me. I've actually made it a priority to be part of regional events and networks. But these things can vary at different points in your career. Building a network is more likely to be important early on and that may mean going further afield.

So, there's plenty of good reasons, still, to go to a conference - and most of them don't involve standing up and talking about stuff you already know, to people who have heard it before.

Gaining value for money from a conference attendance requires forethought, being open to opportunities that arise in the moment, and good follow-up - the more immediate the better. Just like a winter tan gained on a tropical escape, good intentions made when there's time and headspace can quickly fade once work routines return.

Professor Kate Kearins is the PVC/Dean, Faculty of Business, Economics and Law. She wrote this during an annual general meeting at a conference in Berlin.