New Zealand’s trade relationship with India has been strong and growing rapidly over the past two decades.

In terms of total trade in goods and services, India is now New Zealand’s ninth-largest trading partner. The two countries have been negotiating a bilateral trade agreement since 2010, with 10 rounds of formal negotiations to date, and leaders from both nations have committed to working towards a “high-quality, comprehensive and balanced bilateral FTA, which would deliver meaningful commercial outcomes to both sides” as at October 2016. 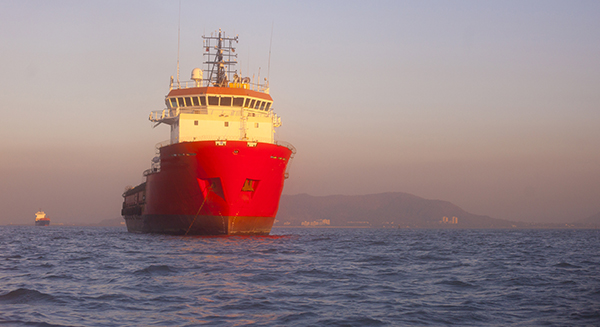 While negotiations have not formally resumed since February 2015, New Zealand is also engaged with India in negotiating the Regional Comprehensive Economic Partnership (RCEP), which includes the ASEAN-10 members as well as Australia, China, Japan and South Korea as potential FTA partners.

The aim of these agreements have been to:

Progress on achieving a comprehensive bilateral trade agreement with India has been slow and frustrating for New Zealand businesses and negotiators.

The incentives for free trade versus protectionism differ greatly for large and small players in the world market. New Zealand, being a small open economy, has for decades strived towards trade liberalisation through its FTA strategy.

India, on the other hand, has been a domestic market-oriented economy, up until economic reforms were ushered in the 1990s. Unlike most of New Zealand's FTA partners, India has never relied extensively on trade liberalisation. While it has jumped onto the FTA bandwagon more aggressively since 2005, they have been for strategic more than economic reasons, and most of these deals have had a “trade-light” approach towards market access.

The 2016 tariff profiles suggest a divergence in the current level of border barriers for New Zealand and India, which highlights the development divide where merchandise trade policy is concerned.

World Trade Organisation data shows India’s 2016 simple average Most Favoured Nation-applied tariffs – which are tariffs imposed on importers from other WTO countries when there's no FTA in place – was about 13 percent, compared with two percent for New Zealand. Notably, this is only a simple statistic and does not highlight the fact that tariffs charged on specific imported goods, such as dairy products, would be much higher and often associated with tariff-rate quotas.

New Zealand views a high-quality FTA as one that eliminates, and not just reduces, tariffs on almost all goods traded. The WTO numbers suggest that purely in terms of tariff savings, India will not view a move towards zero tariffs as a balanced outcome of a bilateral FTA – unless it secures reasonable concessions in other areas. From an economic perspective, while this will reduce price distortions in bilateral trade and benefit consumers in India, this move will be politically “non-negotiable” as it is likely to hurt import competing producers of similar goods in India.

However, there is an important fact to consider here: The share of New Zealand in India’s merchandise imports was only 0.14 percent as of 2016. A comparison shows that New Zealand’s share in China’s merchandise imports during the same period was only 0.45 percent, even after eight years of a working FTA. This makes a counterargument that a bilateral India-NZ FTA with zero tariffs is unlikely to flood the Indian market with cheap imports, severely hurting its domestic producers.

From India’s perspective, any comprehensive FTA will need to involve not just goods but also services, investments, movement of natural persons and technology.

Unlike most of New Zealand’s other FTA partners, India has an established and strong comparative advantage in service exports and therefore stands to gain the most through reciprocal concessions in this area. These service exports have involved temporary movement of Indian professionals working on software and IT projects overseas. Indian service providers have also bridged skill gaps in the areas such as medical services in industrial economies. These service sector professionals are also major sources of inward remittances that complement private foreign savings for India.

In the FTA context, in return for tariff concessions, India is likely to expect strong commitments in the area of temporary movement of professionals. India’s experience with a first comprehensive trade agreement with a high-income economy was that of its CECA with Singapore which came into force in 2005. The CECA included a separate chapter on allowing temporary movement of natural persons.

Finally, and perhaps more importantly, India’s experience with its existing FTAs has not been very optimistic so far. Shares of India’s merchandise exports to its FTA partners have either stagnated or declined over the post-FTA period, and India has seen a concurrent growth in imports from its FTA partners. Institutions related to managing post-FTA trade in India need to improve their coordination and enhance knowledge of FTAs. The productivity of India’s domestic industries has not kept up pace with trade liberalisation, meaning they are adversely affected by international competition.

Furthermore, while FTAs may have reduced tariff barriers for Indian exporters, they continue to face non-tariff barriers and regulatory barriers in services trade in partner countries.

Indian policymakers are not convinced that concrete net economic gains have so far been achieved through FTAs. They are therefore more likely to review existing FTAs before committing more in new ones.

What does the above imply for New Zealand-India trade? Although a formal FTA may take time to materialise, there are strong complementarities in the areas of services, investment, and technological cooperation, which can overcome some of the political sensitivities associated with tariff elimination.

As an example, partnerships between Indian companies and New Zealand organisations could help the expansion of ICT-enabled services exports from India to New Zealand. In a similar way, partnerships in the education sector industry could provide significant market potential for New Zealand organisations and help address major constraints in India’s progress toward a knowledge-based economy. Technological cooperation in the agriculture sector could help India in improving its productivity and enhancing its export capabilities, mitigating adverse impacts from tariff elimination. Prospects for the expansion of tourism and related services are also highly encouraging.

New Zealand’s population is ageing, with the median age projected to be 40 by 2030, compared with 32 for India. Partnerships with India’s pharmaceutical and health care industries could help in managing healthcare costs for New Zealand, while using Indian research capabilities in a wide range of areas by off-shoring some of the R&D and related activities.

In all possibility, India and New Zealand will continue to witness a slow but continued progress towards the goal of a trade agreement between them. Success stories in businesses, however small, need to be shared timely on both sides so that the economic and strategic relations can strengthen further between the two countries.

Dr Rahul Sen is Senior Lecturer at School of Economics, Faculty of Business, Economics and Law. Dr Sen is an expert on economic integration in the Asia-Pacific, particularly related to FTAs. His research findings have been widely cited by researchers working on Asian economic integration.