The rise of the anonymous and decentralised Bitcoin has created a surge of business interest in applying the underlying blockchain technology. But this has also left governments struggling to come to terms with how to regulate or even classify cryptocurrency. New Zealand’s current stance is laissez-faire – regulators have given warnings to investors, who can freely transact in cryptocurrency, while risking exposure to legal uncertainty. Given New Zealand’s commitments to the international community, such as the prevention money-laundering and terrorist financing, more could be done to mitigate risks and promote business confidence.

But before discussing how New Zealand can regulate cryptocurrencies like Bitcoin, let’s get back to basics. 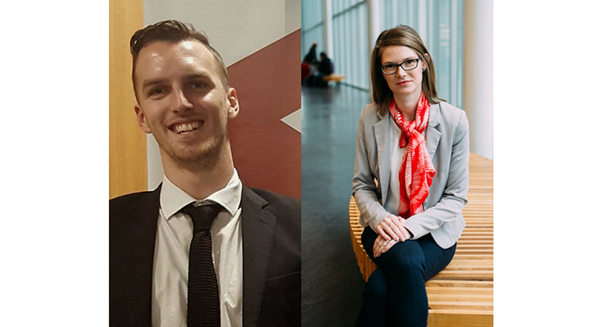 First, are cryptocurrencies classified as currencies or financial products? While some commentators still campaign for recognition as a currency, cryptocurrencies such as Bitcoin are better defined as financial products. Among other things, their inherent volatility, their use as a speculative vehicle, and their scarcity, prohibits them from being accepted as a store of value or a medium of exchange. For example, over 70-80% of all current Bitcoin transactions are speculative, encouraging owners to take their coins out of circulation by holding them rather than spending them. In keeping with this, the Financial Markets Authority classify most cryptocurrencies as securities.

Second, isn’t the technology behind cryptocurrencies revolutionary? There are definite advantages in using the blockchain (Bitcoin’s decentralised accounts ledger) for business such as “smart contracts”, freight forwarding, intellectual property and financial markets. Nevertheless, problems such as security, criminal activity, market manipulation and Ponzi schemes are prevalent due to the anonymity factor. For example, an unidentified trader with a large Bitcoin account has been seen to “spoof” (placing a huge sell order with no intent to sell) markets to profit from their destabilisation. Similarly, Bitconnect promised investors a 40% monthly return and peaked with a market cap of $2.6 Billion on the 6th of January. However, their unexpected closure led to an overnight crash of their (now useless) BCC currency from over US$400 to just US$11. As ownership of bitcoins are tied to an algorithmic address rather than proof of identity that would be found in a regular bank account, criminals and scam artists can conduct their affairs with relative ease.

Regulators are left between a rock and a hard place. They can bring these markets within the scope of financial markets and anti-money-laundering regulation, but risk losing access to an innovative new financial technology (or “FinTech”) market. Or, they can leave exchanges to their own devices and risk the higher crime and consumer risk that comes with it.

Can’t New Zealand just ban crypto? Well, not really. Countries such as South Korea and China have attempted to heavily regulate or ban trading in cryptocurrency but this is likely to have little effect. As cryptocurrencies are easy to obtain anywhere in the world, this results in “regulatory arbitrage” (where users move their coins to markets with less regulation). Consequently, Japan has overtaken the United States as the largest cryptocurrency market with a global market share greater than 50%.

So, what can be done? To keep the benefits while mitigating the issues, regulators could approach cryptocurrencies from two angles.

(1) Create a collaborative “sandbox” environment where business can develop the benefits of new technologies with confidence that they will not be required to submit to overly-onerous regulations; and,

(2) Incentivise cryptocurrency users to give up their anonymity. One such example is an “opt-out” cryptocurrency transaction tax where users can opt-out by declaring ownership of their cryptocurrency addresses. As more users give up their addresses, it becomes easier for authorities to trace unidentified addresses to their owners. This, of course, is far from straightforward. Much like the issue of tax havens, this approach would need to have international co-operation to be effective, as some countries have an incentive to promote a lightly-regulated FinTech environment without addressing consumer risk.

The outcome of a two-pronged approach should provide for a fair financial market that encourages competitive practice based on merit. While a united, global, response to cryptocurrency will eventually emerge, New Zealand has its role to play in its development and implementation.