A chance to connect and talk values

A trip out to Umupuia Marae in east Auckland has helped close to 50 Māori staff of the university connect with each other.

The marae stay on April 16-17 was the first time the Office of Māori Advancement had organised such an event, organiser Colleen Leauanae said.

"We have done personal development workshops for a few hours here and there, but not to the extent where staff have actually gone off-campus together and had the opportunity to stay away overnight."

It was important for Māori - who were often scattered across the university - to have a chance meet each other and to bond, Leauanae said.

The personal development workshops included discussions on the core values of Tika, Pono and Aroha, and how to embed matauranga Māori across the university. Māori student leaders also attended.

"What I loved about Umupuia was it was just out enough to be a little bit remote, so that staff couldn't dash off and come back, but also the location was just stunning," Leauanae said. 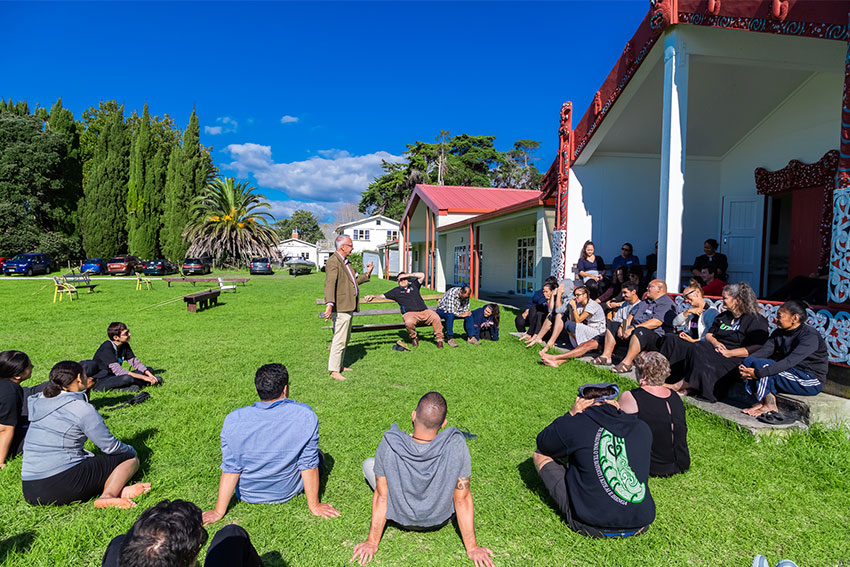 The event, named Te Hono, also allowed the university to develop a connection with manawhenua at Umupuia Marae, she said.

Te Hono was particularly special for Maureen Sinton, as she is a lecturer and doctoral candidate at AUT's School of Communication Studies, and Ngāi Tai ki Tāmaki - mana whenua at Umupuia Marae.

"It was wonderful to be able to host AUT at Umupuia. It brought two very important parts of my life together in what is a special place for me.

“The location of Umupuia (between Maraetai and Clevedon) looking across the moana to Waiheke is ātaahua (beautiful).” 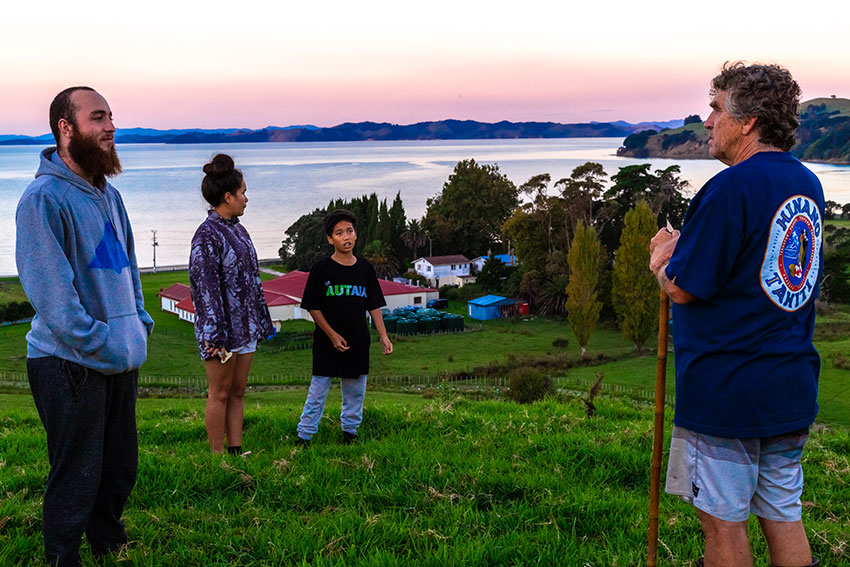 Sinton said Te Hono was also an opportunity for the iwi to share its story with the university.

“Ngāi Tai ki Tāmaki is a small iwi but it is one of the earliest to settle in the Tāmaki Makaurau rohe (area).

“Our tipuna (ancestors) left their footprints on Motutapu in the ash that settled after Rangitoto was formed.”

Sinton says the iwi is now looking to the future, including educational opportunities for its people.

"So forming a connection with AUT is a really positive step in that respect."

Leauanae said Te Hono was well attended, and she hoped to hold a similar event next year.